Home » News » NEWS:RIGHT TO FOOD A PLAUSIBLE CAUSE – CISLAC

NEWS:RIGHT TO FOOD A PLAUSIBLE CAUSE – CISLAC 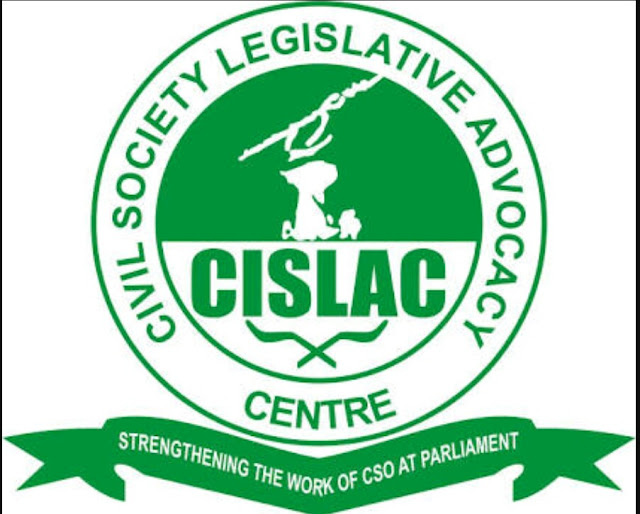 life and its fulfillment is indispensable to the realization of other
rights such as right to education, health and work.

The Civil Society Legislative Advocacy Center (CISLAC), and Farm
Infrastructure Foundation (FIF)  in collaboration with Voices for Food
Security, who made this disclosure during a one day policy dialogue on
the right to food in Nigeria maintained that the Right to Food is a
major issue we need to respond to.

The Program with the Theme; “the notion of food as a Human Right in
Nigeria”, stated that food is a right any responsive government must
respond to and secure its people through the provision of food.

Mr.  Salaudeen Hashimu, the program officer for CISLAC maintained that
the low level of awareness among stakeholders about the meaning of the
right to food has brought about erroneous belief among decision makers
and government.

According to him, despite being a signatory to several International
treaties and conventions that recognize the right to food including
the Universal Declaration of Human Rights-UNO 1948, The African
Charter on Human and People’s Right and the International Covenant on
Economic Social and Cultural Rights (ICESCR), Nigeria  has not taken
any step to domesticate this right.

Hammanjoda who represented the speaker of the House maintained that
the House has put in efforts to sustain our economy, and also ensure
the live of Adamawa people is agric driven in conformity with the
policy plan of the federal and state governments.

“ We approved loan for the Governor , the manifestation of such loan
can be seen in the efforts of the state government through the
purchase of tractors, provision of fertilizers  to farmers and the
Anchor borrowers scheme is been given attention in the state”, He
stated.

The Program which was held at Duragi Hotel, in Yola, the capital of
Adamawa state drew its participants from the State House of Assembly,
Ministries of Agriculture, Environment and Women Affairs, Civil
Society Organizations’, the Media and farmers as well.

The meeting was participatory in nature; participant sought for  ways
to fast tract the enactment of the right to food legislature in
Nigeria, encourage farming and also makes food available, affordable
and accessible to all Nigerians.