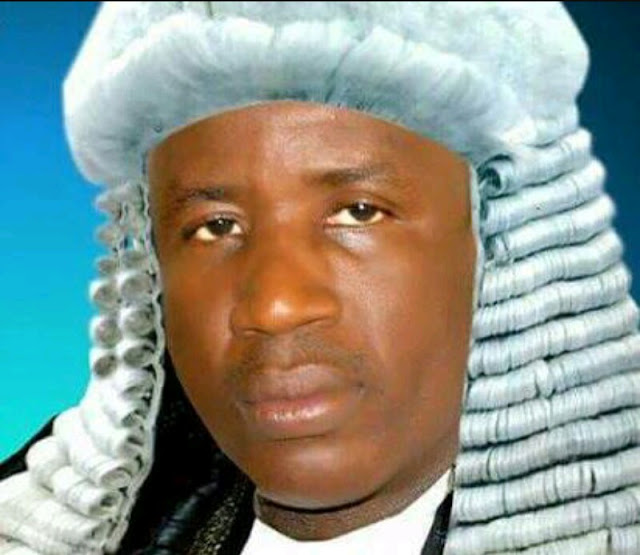 At a plenary sitting today presided by the Speaker,Rt Hon. Kabiru Mijinyawa,  Adamawa State House of Assembly, reshuffles the leadership of the House amidst controversy and confusion on the floor of the House resulting to a partial damage to the mace.

Resuming after a six weeks recess,  a motion by Hon.Hayatu Atiku representing Uba Gaya constituency asking for the replacement  of the Deputy Speaker ,Sunday Peter of Guyuk constituency, threw the House into tension  and confusion as Members struggled  with one another to grab the mace in a bid to stop the proceeding which resulted to the damage of the mace.

However, Normalcy was restored an hour later,  with only 17 Members forming two third majority out of the 25 sitting, the  Speaker Hon.  Kabiru Mijinyawa, announced the impeachment of all the principal officers except himself.

In a Show of disagreement,  Eight other members staged a walkout while nursing a kangaroo impeachment.

It would be re called that the Hon Mijinyawa was almost lynched by the state Pilgrims at the just concluded Hajj operation.

Speaking to press men  immediately  after the changes, Hon Emmanuel Tsamdu , said the changes were long overdue, stating that the Members have long felt the need to effect changes in the leadership of the Assembly.

Describing it as a "lost of trust and confidence" to dragging the image of the House into the mud for public ridicule.

He however refused to confirm or deny the fraud allegations that continue to trail the former officials of the house.

This is coming two days after the confederation of Speakers of States House of Assembly a Conference in Yola where their Adamawa state counterpart hosted them.