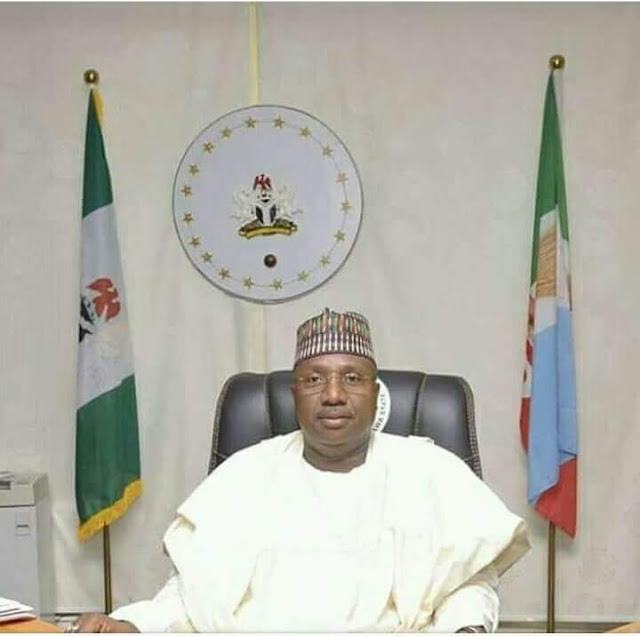 During the graduation ceremony at the skill acquisition centre In Yola, Governor Muhammadu Umaru Jibrilla Bindow who was represented by his deputy, Engr Martins Babale said the beneficiary should utilise the gesture well in improvement the economy of their various state and the country at large haven spend a lot in given them the required training.

Bindow called on them to be focus on the business where they can be employers of labour in few years to come and promised to always support them as a government.

The Conflict prevention and peace Analyst for UNDP, Mathew Alao who was in Yola to witness the graduation ceremony said UNDP spend a lot in given them the training which today many of them graduated as Aluminium fabricators, some are into GSM repairs and Assembling,Computer repairs and diagnosis and provided them with all equipments to work well in their respective skills.

Alao said that the IDPs are Drawn from Adamawa, Borno and Yobe were empowered to be productive and overcome the insurgency trauma they went through after the insurgency attacks,with Borno having 100 trainees IDPs, Adamawa 41 and 36 from Yobe state.

The special Advisers to the Governor of Adamawa state on poverty alleviation and wealth creation,Honourable Tanko Ayuba Audu reveled that Adamawa State Government and UNDP have being partners in so many ways, this time around they have collaborated and gave the youths a six months training with state of the earth equipment that can benefit the generality of the people In the country.

According to him it is known world over Adamawa is having the best acquisition training center in Africa and the Governor had initially trained hundreds of youths in various skills acquisition.

He said insurgency prevail because most of the youths are not doing anything but with this skills gotten it will empower them to be on their own and fight the scourge of poverty.

"This is not the first time the government of Adamawa State are doing this kind of training, 50 youths were initially trained by Simba company in given them skills on how to repair and assemble Keke Napep and later about 500 of them in collaboration with ITF were equally trained in various skills in order to be self reliance." Ayuba said

One of the IDP beneficiary from Adamawa state, Mr Daniel Ishaku Paltiya said he can thank the government of Adamawa State and UNDP enough for helping him to get a special skill on Aluminum fabrication and he bet on growing it to generate employment.