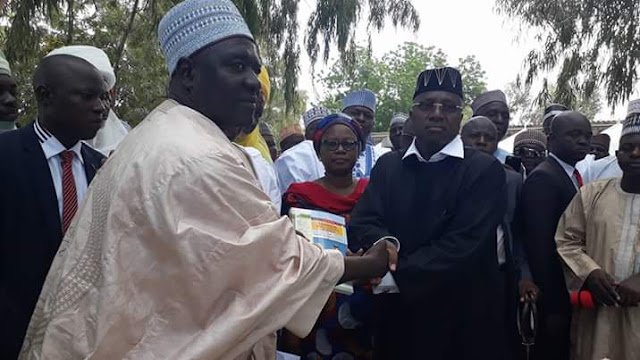 Following the  Declaration of State of emergency on Educational sector in  Adamawa state by the present administration under Governor Muhammed Jibrilla, the Governor has Flagg-off the Distribution of Teaching  Materials, Chemicals and  Beddings  to some selected schools in the state.

At a symbolic  and brief ceremony  held at Government Technical  College Mubi, Governor Muhammed Umar Jibrilla  said  his administration  can compromise  anything   for Education explaining that  Teachers  Colleges  would soon be reopened in the Three  Senatorial Zones of the state. 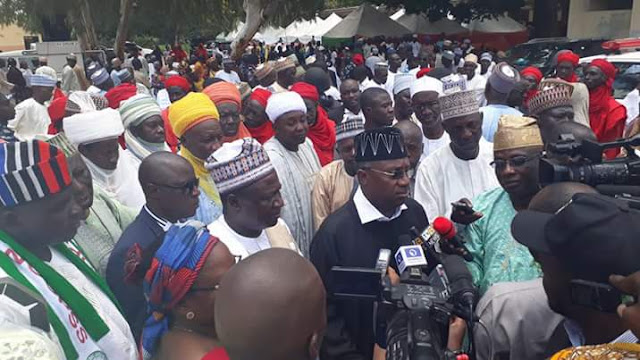 While  assuring both Teachers that government would  train and retrain them to  further  justify the  declaration of the state of emergency on Education and Health sectors, the Governor also  stated that his government has  committed to ensure that people of Adamawa were provided with the  Dividends of Democracy  at all  cost .

The Governor also  urged the  benefiting schools to judiciously  utilised the  items  for the purpose intended.

In his speech at the ceremony, The Honourable Commissioner  Ministry of  Education  Mr. Julious kadala said the items to be distributed to  schools  across the state  includes 2,480 Double  Beds, Text Books Comprising  English  Language,  Mathematics, Physics,  Chemistry  Religious  Books,and Dictionaries numbering 496 each to the  selected schools. 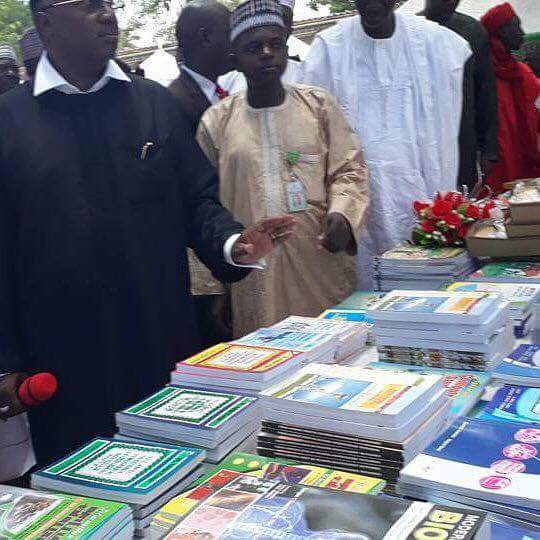 Others are Chemicals and Reagents for WASC and NECO  practicals ,Three Seater Desk  and Chairs totalling 2,057.

According to the Commissioner of  Education, 1,300 Beddings would be  distributed between  Government  Secondary school Hong  and Government Technical  College Mubi in view of  their critical conditions at present.

Also in  her remarks the  Vice Chancellor  Adamawa state  University Mubi  Professor Kaletapwa Farauta  expressed  gratitude for the  realization of the provision of  materials in the Educational sector  which she said  was in fulfilment  of the state of emergency on declared  in Education  by the present administration  under Governor Muhammed Umar Jibrilla. 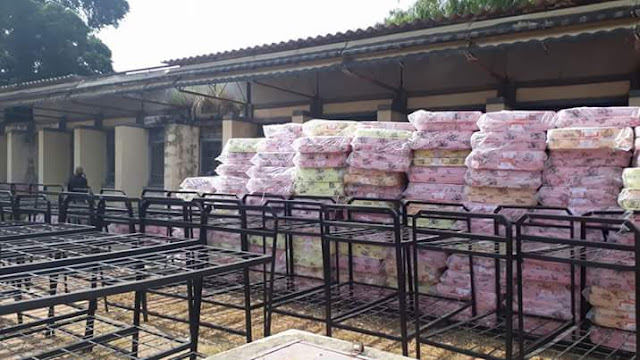 Also commenting, the Emir of Mubi His Royal Highness Alhaji Abubakar Isa Ahmadu  thanked Governor Muhammed Jibrilla  and the Donor agencies  for their efforts in  improving the  plights  of the  people of Adamawa state. 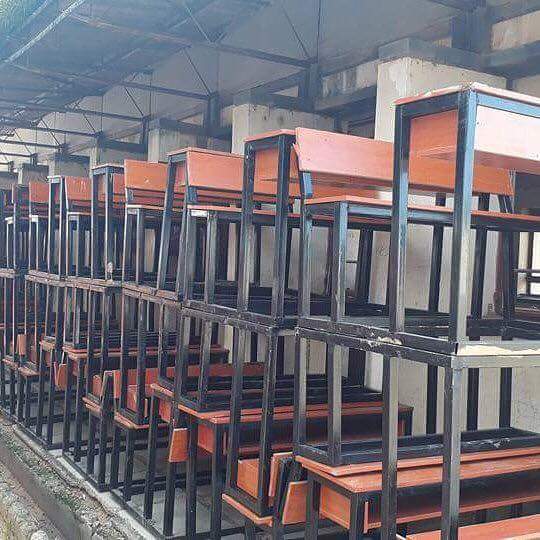 The Royal father also called on the  citizenry to  continue to support and cooperate with the  present government  in order to enable it provides more Dividends of Democracy  and good governance in the state .