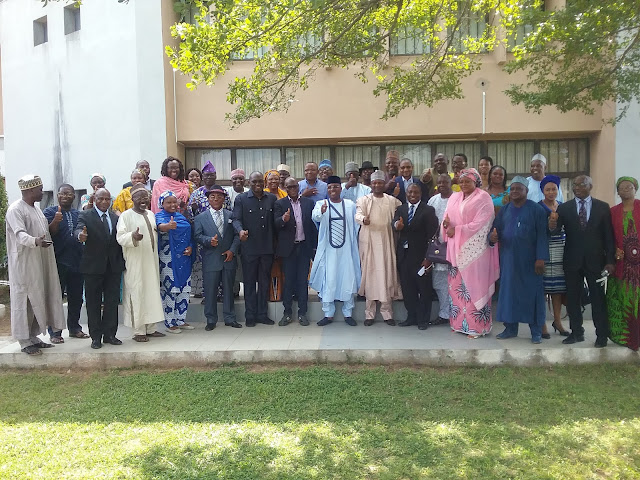 The  Body of Attorneys -General of Nigeria have commended Governor Muhammed Umar Jibrilla for his giant strides by  transforming Adamawa state.

The Attorney General of the  Federation  Abubakar Malami  (SAN) who  made the commendation when he led the Attorneys -General of the 36 States on a courtesy visit on Governor Muhammed Umar Jibrilla  at Government House Yola.

According to the Attorney General of the  Federation,   Adamawa  people  are lucky to have Senator Muhammed Jibrilla as  Governor in  view of the potentials and purposeful leadership  being exhibited in the shortest period while in office.

Abubakar Malami  also  lauded the efforts of the Governor in  maintaining peace and security across  Adamawa state, expressed appreciation to the state Government for  hosting the  Body of Attorney Generals to a Legal  conference in the state.

He described Governor Bindow as an essential  among other  Governors in the country  by identifying him as a good ambassador of the electorates.

Responding, Governor Muhammed Umar Jibrilla expressed his delight by receiving the  body of Attorneys General of the Federation  and wished the Legal luminaries a successful and  fruitful delibrations. 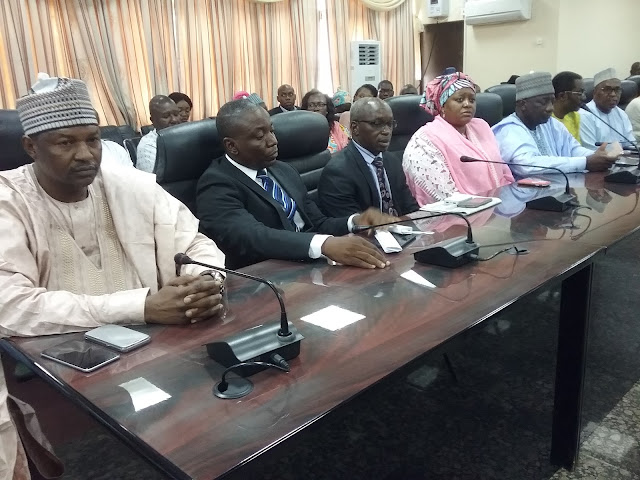 Governor Muhammed Jibrilla  lamented that  although the  conference was sponsored by the  United Nations, the Legal profession in Nigeria would be more beneficial in the areas of Justice system.

Earlier in his  presentation ,the Secretary to the State Government Dr Umar Buba highlighted some of the remarkable achievements recorded by the present administration under Governor Muhammed Umar Jibrilla  which includes the provision of basic infrastructure, Agricultural impliments, provision of portable Drinking water, Poverty alleviation, Declaration of State of Emergency Health and  Educational sectors  among others.

Also in his remarks, The Adamawa State Attorney General and Commissioner for Justice Barr.Bala Silas Sanga explained that the  office of the  state  Attorney General  in collaboration with UNFPA  and UNHCR is organising a  special  Seminar  on Sexual  and Gender  Based Violence  for the Attorney General of the  Federation  and the 36 Attorneys Generals to  brainstorm and come  out with ways on the dispensation  of Justice and Fairness.