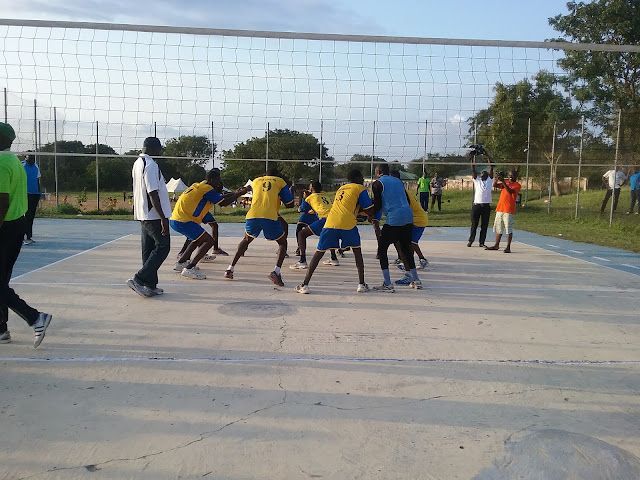 Team Adamawa Camp at the Abuja hostels of the University of Illorin in Kwara State Tuesday evening went into a wild jubilation as the athletes received allowances of their five days since they arrived Illorin for the National Youth Championship.

However an official of the Sports Council  said that the remaining balance will be given to all the Athletes before they live Kwara so as to boost the Morale of the athletes.

Some Volley ball Players who spoke to the  Information  Officer attributed their wonderful display in the Games to the positive impact of the allowance, and that of their leader Alhaji Aminu Kollere as well as the wonderful role played by their technical Crew.
The Players had unanimously expressed determination to win Gold Medal for Adamawa State.

Meanwhile, Adamawa will join other participating States in a fight for a medal in  Badminton event on Thursday at the Indoor Hall for Table Tenis and Badmitton Events.

Adamawa is presenting two Boys that will be fighting for laurels at the Event.The State will also fight for a place in the Medal in the weighlifting events while the results in the Athletics events for Adamawa is still beeing awaited as at the time of filling this Story.