SPECIAL REPORT:Governor Bindow Assures Igbo Community of Safety of their Lives and Properties in Adamawa state. 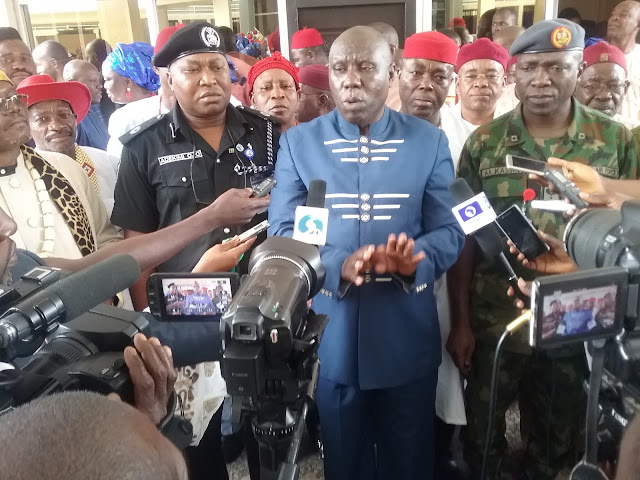 Igbo Community residing in Adamawa state  have been assured for the Protection of  their Lives and properties .

The Honourable Commissioner Ministry of Information and Strategy Comrade Ahmad Ibrahim Sajoh  stated this while  briefing Journalists at the end of the Extraordinary state Security Council Meeting with Igbo Community from across the state presided over by Governor Muhammed Umar Jibrilla attended by the Service  Commanders in the state held at Government House Yola.

Comrade Ahmad Sajoh  said the  Security  meeting with  Igbo Community  leaders  had became  necessary  in view of the current  happenings in some South - Easthern  part of the country.

The Information Commissioner also explained that  Governor Muhammed Jibrilla  had directed  that nobody would be molested in Adamawa state, urging  every one  residing in the state  to go about  their normal businesses as security men are on alert  to protect  lives and properties of citizen, noted that the state is calm and stable, "No body  should  use what is happening to  hide and undertake  criminal  activity in the state, the security  agencies are on top of the situation " Sajoh  added.