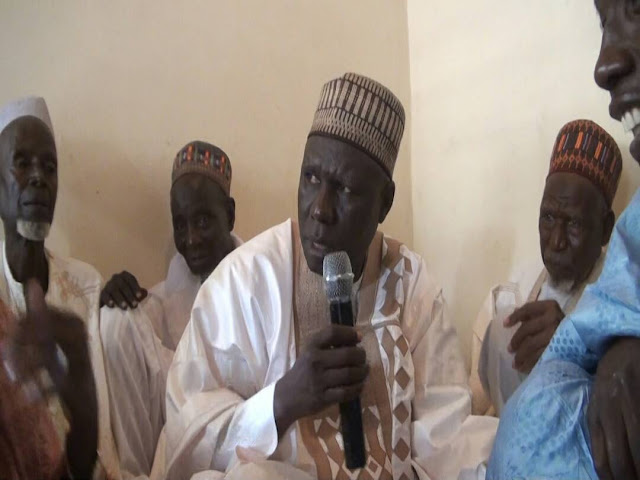 The Adamawa State Honourable  Commissioner of Information and Strategy, Comrade Ahmad Ibrahim Sajoh, has given out the daughter of his younger brother, Mallama Zakiyya Bello Ibrahim Sajoh to Mallam Mohammed Auwal as wife.

Presenting the bride to her lovely Darling,  Comrade Sajoh who served as the Waliyi of the bride said the groom has fulfilled all the marital injunctions as enshrined in the Islam rite. Thus, the Commissioner later announced N50,000.00 as the dowry of the bride.

Ustas Mohammed Chibado who pronounced the couple as husband and Wife after thorough investigation to ascertained their health status advised  them to learn to endure and be patient with one another.

He further charged them to disregard third party advice in their matrimonial home as such learn to solve their problems within themselves.

In his appreciation, the father of the bride, Alhaji Bello Ibrahim Sajoh, described the day as one of his happiest moment and the entire family. Therefore, he thanked God and the people that grace the occasion for their kind love as well prayed God Almighty to grant them journey Mercy back to their various destinations.

Similarly, the younger sister to the bride's mother, Hajiya Lami Abba Dahiru, who was also in her happy mood thanked God Almighty for his grace over the couples and advised them to love one another and avoid anything that will caused the acrimony in the marital live.