The Adamawa State government, in collaboration with the Federal Ministry of Health and Catholic Relief Service, will give out 2.4 million treated mosquito nets to households across the state.

The State Manager Malaria Elimination Programme Mr. Isaac Kadala stated this at a media parley organised  for journalists in the state ahead of forthcoming  distribution of Long Lasting Insecticidal Nets (LLINs).
Mr. Kadala recalled that the last time the people were given nets was in 2010, when 1.4 million nets were distributed.

According to him, the replacement  campaign  was  supposed to have been conducted  after every  three years as recommended by World Health Organisation’s (WHO) standard, but due to insurgency, the exercise was delayed to this year.
Kadala added that the essence of the media workshop is to provide journalists with the opportunity to gain insights into LLINs campaign and motivate them to develop interest in the coverage and reportage of the campaign.
“We also want you to provide media publicity before, during and after the campaigns.
“Continue to promote the use of LLIN after the campaign, as part of your own corporate social responsibility.
“Follow the process through to get interesting and educative human interest stories,” he said. 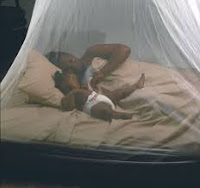 Commissioner for Health Dr Fatima Atiku, who was represented by the Director Public Health, Dr. Bwalki Dilli, solicited media support for the success of the programme.
Dr Bwalki  said before the exercise began, all households would be given Net Cards to be used in collecting the nets and call on people of the state particularly women and children under the age of five to sleep inside the net.