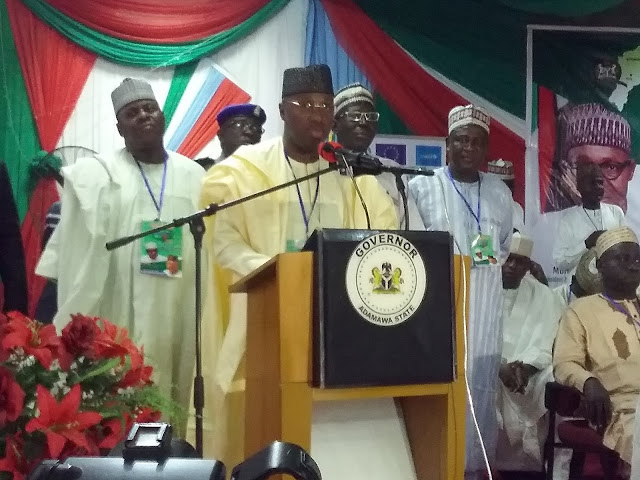 Governor Muhammed Umar Jibrilla has described Education as the bedrock of development to any society and Nation.

The Governor stated this while declaring open a Two Day Workshop on School Feeding Programme  organised by the Adamawa state Government  in collaboration with the Office of the  Special Adviser to the President on Social Investment Programme held at the Banquet Hall of the Government House Yola.

Governor Muhammed  Jibrilla said  no nation  will  develop  without giving a sound  and quality education to its citizens. 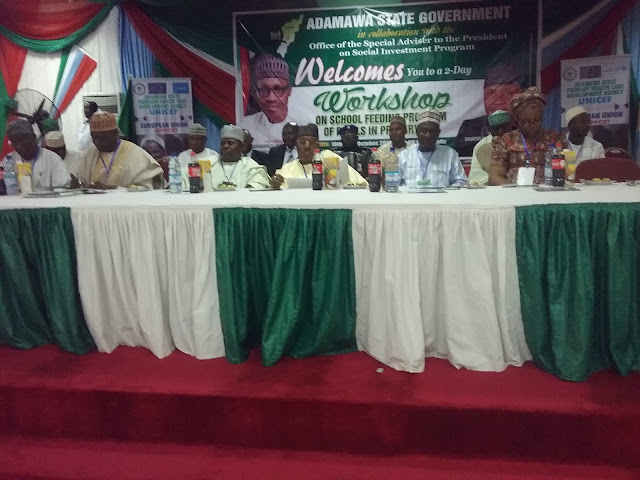 He also  acknowledged the efforts of the  office of the Special Adviser to the President Mrs. Maryam Uwais for making Adamawa state  as One of the pilot scheme  state,explaining that the programme is also  part of the APC  change  mantra  for the electorates.

He however  directed  that all the  relevant  agencies  to ensure that the  programme become effective and  success across the state, and warned  other stakeholders  to shun any sentiment  that will jeopardise the  success of the scheme  in Adamawa state.

The Governor also  commended the state  Focal  Person on Social Investment Programme in the state,  Retired Commodore Usman Sali Bodes  for his efforts in  ensuring that the programme has been  actualize in Adamawa state.

In a Key note address the  National Coordinator of school feeding  programme Mrs. Adesanmi  Abimbola  said the school feeding programme is  basically  meant to  support school children with  quality food in order to improve the  enrolment of pupils in schools .

She explained that the  policy of the  programme is not limited to the feeding of pupils, but to increase local  production and to have a healthy  and conducive environment for the pupils  at school.

She however  called for the sustainance from the  communities  and other  stakeholders  in education sector for effective success of the  scheme.

Also in their good will messages, the Secretary to the State Government Dr Umar Buba Bindir, the Chief of staff government house Alhaji AbdurRahman Abba Jimeta  and the Honourable Commissioner ministry of Education  Mr. Julius Kadala  have commended the  federal government for  introducing the  programme to pupils  in public  schools  and assured that Adamawa state would do its possible  best by ensuring the  sustainability of the  scheme in the state.

They stated that already  the state government have declared a state of emergency on Education sector in  order to improve the standard and quality of Education in Adamawa state. 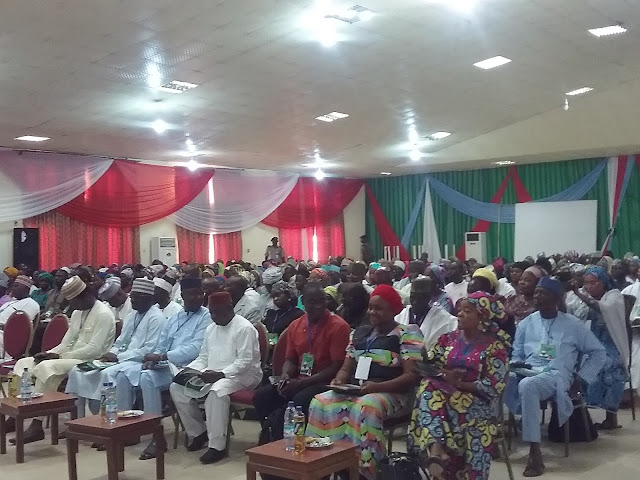 Earlier in his welcome address, the state focal person on social investment programme  Retired  Commodore Usman Sali Bodes said the school feeding programme is designed to  provide primary  One to Three  pupils with  quality  food that will improve their  capabilities  during  schooling  period, stressing that it will also  improve the standard of Education  if fully implemented  and urged parents  for their support and cooperation  towards the success of the programme in Adamawa state  and the country at large.