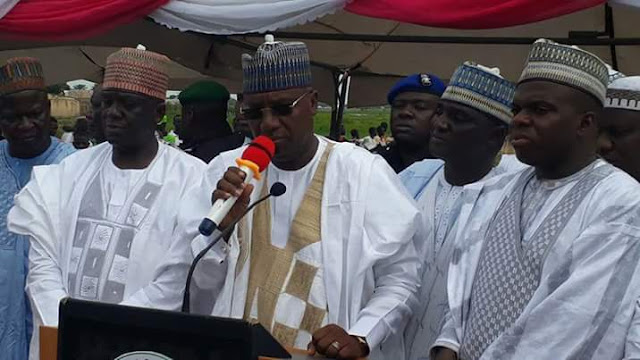 Governor Muhammed Umar Jibrilla says provision of basic Road  infrastructure is top priority of his government as promised to the electorates  during campaign.

The Governor stated this during the  flagging off ceremony of 4.4 kilometer  township road  construction in  Fufore Local government Area.

Governor Muhammed Jibrilla  explained that  other Township road in the area would also be  constructed  if funds are made available.

He  attributed the  commencement of the  4.4 kilometer  of road  project  to positive collaboration with members of the  Legislative arm  from the area ,pointing out that  government is  sensitive to the  plights of the people and  urged the contracting  firm AL-FAGER Construction  Nigeria Limited  to engage youth from the area in the construction  work . 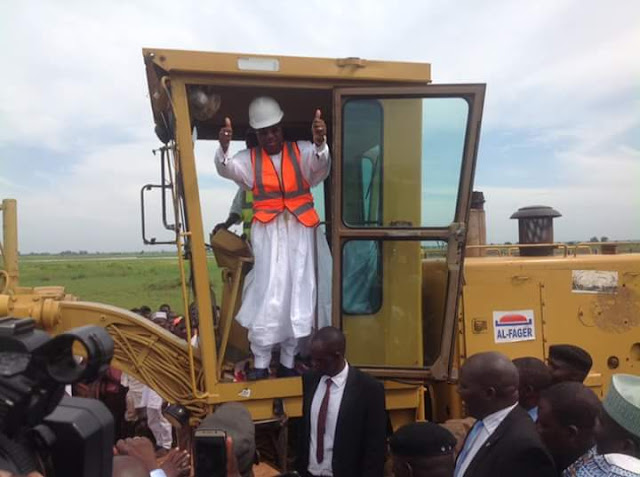 In his remarks, the Chief of Staff Government House Alhaji AbdurRahman Abba Jimeta  said the present administration under Governor Muhammed Umar Jibrilla  is working in Seventeen Local Government Areas of Adamawa state and  assured  that before the end of the First tenure of the present government  all the  local government  areas would  benefit from the Roads infrastructure.

The  Honourable Commissioner Ministry of  Works Barr.Lilian Stephen explained that the  4.4 kilometer township road construction was awarded to AL-FAGER Nigeria  Limited at the cost of Six Hundred and Sixty Eight Million Naira  with completion  period of  Six months.

In his  vote of thanks, the Chairman of  Fufore Local Government  Council  Barrister  Aliyu Wakili Boya  expressed  appreciation  over State Government's intervention for providing  roads  to the people of Fufore  and stressed local government  commitment to  compliment  government  efforts.