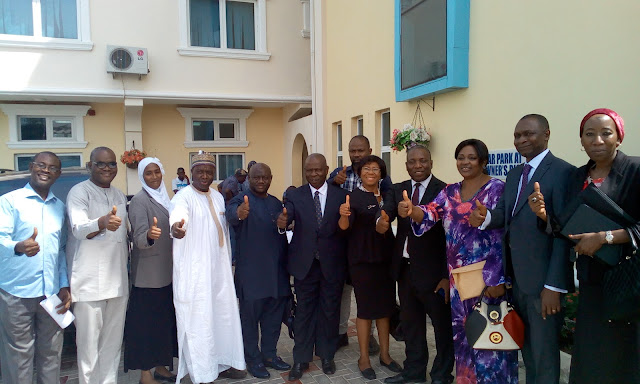 The office of the Attorney General has found it necessary to train and retrain its staff on the Legal Profession. It is however in this regard that the Ministry has organised the training for its Staff in order to equip them because it happened to be a new Department .

In a welcome remark, HAG and Commissioner for Justice BSD Sanga announced that hopefully by next week, Adamawa State will be the first jurisdiction in Nigeria to pass a Process of Crime Law. He said more training will be conducted in order to be able to face all future challenges concerning the Crime Law. On the other hand, he urged all to learn from each other particularly in the component of Drafting, Bill writing, Law Reforms and others in order to record success in the state.

Mr. Ike Udunni, Member,  Investment and Securities Tribunal, Abuja in his remark said he is very happy to hear that Adamawa State is about to pass Justice on Crime Bill because it took them almost 8 years to achieve that at the Federal Level. It was almost an impossible task. He said that any government that is serious about fighting corruption must have to put in place the process of Crime Act. However, he commended the HAG saying that this will be one of the best legacies that he could leave for the state.

He happened to be the first to present a paper on 'Legal Writing Skills' which captured the history of Legal Writing, thinking skills tools of effective Legal Research and writing, Sentence Skills,  punctuation, etc.

Again,  Mr.  Ike presented a paper on ' Introduction to Modern Legislative Writing'. He said law is key for development of any legislation and that; " Law is commonly regarded as central instrument available to the state to steer development of society in the desired direction and that the process is fundamental to the process of law making generally. This is because quite unlike other forms of legal drafting,  it deals with rules and regulations that regulates the conduct of society ".

Subsequently, the Deputy Director, Federal Ministry of Justice, Ifunanya C.Nwajagu made a presentation on 'The Structure and Content of a Bill'. She said that Bills are legal documents that tells a story that is chronological, well patterned and clear for easy understanding,  adding that the structure of a Bill is its contents.