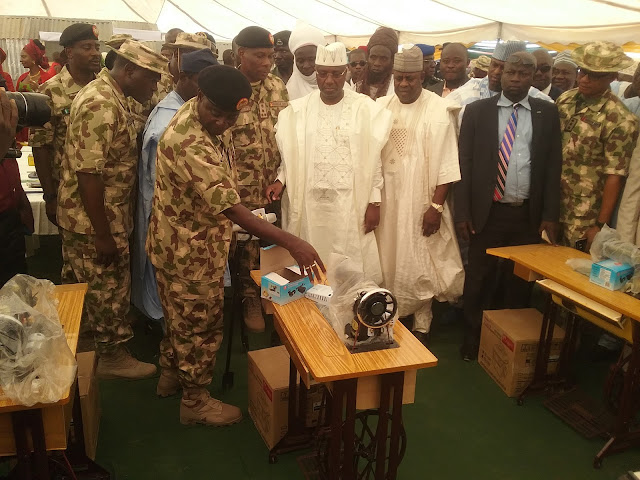 Governor Muhammed Umar Jibrilla has commended  President Muhammadu Buhari for his magnanimity and efforts in providing  a  livelihood  to the Internally Displaced persons  as well as  ensuring  peace and security in the North East.

The Governor made the commendation while  flagging off of Distribution of  items to the  IDP'S at Malkohi camp being provided by the Nigerian Army.

Governor Muhammed Jibrilla appreciated the Nigerian Army  for their zeal and courage in their fight against insurgency in the North East  as well as maintaining peace and security in Adamawa state.

While donating the  Sum of One Million Naira each on behalf of the Adamawa and Taraba states government in order to  sustain the  programme, the Governor also  advised  the beneficiaries to  take advantage of the items  donated  in order to  make them self reliance in the society.

In his remarks, the Chief of Army Staff LT.General Tukur Yusuf Buratai  who was represented by the Acting GOC 3rd Division Jos Brigadier General  B. I .Ahanotu explained that the  Initiatives  programme is  One of the numerious ways  by the Army in contributing it's own quota towards the development of the larger society.

The Chief of Army Staff  also said that the Army will continue to partner with  other stakeholders positively whenever  the need arises in  areas of  providing security and humanitarian services.

He however  expressed appreciation to  Governor Muhammed Umar Jibrilla  and his Taraba state  counterpart for their immeasurable  support and cooperation  during the  planning and  execution phases of the project.

Also in his  address of welcome, the Brigade Commander of the 23rd Armoured Brigades Yola Brigadier General Bello Abdullahi Mohammed said the empowerment initiative programme is part of the Nigerian Army's efforts in the  stabilisation phase of the on-going counter Terrorism and Insurgency operations in the North East sub-region, stressing that the  Nigerian Army support  to humanitarian assistance  and intervention was planned and facilitated  in accordance with the  Chief of Army Staff visions. 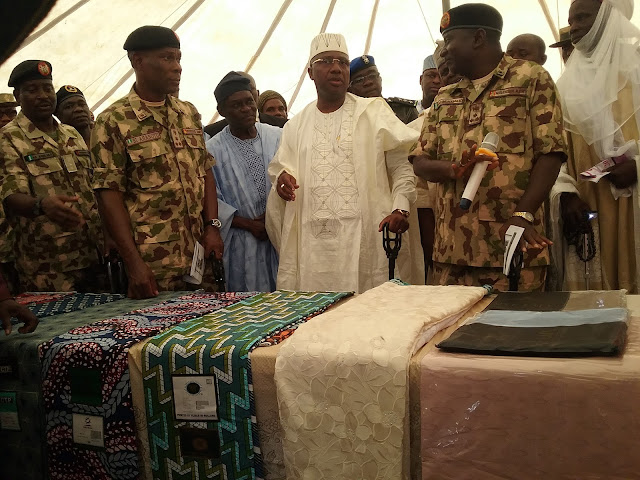 He explained that  it is also aimed at  complementing the  efforts of Presidential Committee on North East Initiatives and  most importantly  to make  Adamawa state  an IDP  free state.

The  Brigade Commander also  said that the  materials donated includes Information and  Communication Technology, Trade and  Industry  and  Agriculture and  Livestock, pointing out that under the ICT  Computer systems, Printers,Photocopiers  and Scanners ,while under Trade  and Industry, Sewing machines, Hairdressing  and Barbing equipments, Capentary, Vulcanizing  as well as  Cap making materials were also  distributed. 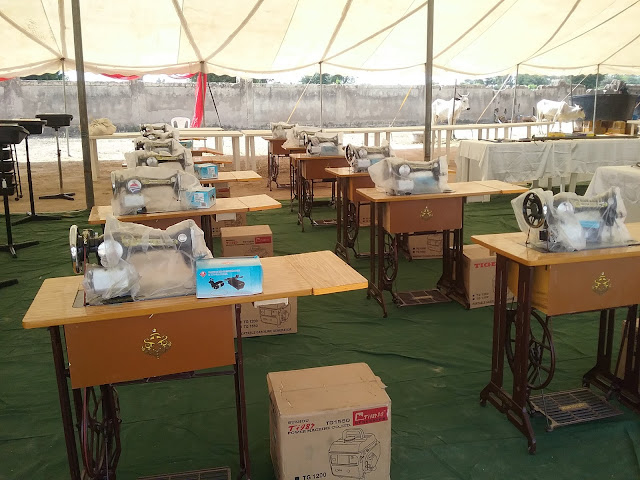 According to the Brigade Commander the items donated   in the areas of Agriculture and Livestock, the Internally Displaced persons  would be empowered to start Fish farming, and Animal Husbandry with a particular attention  on Cattle Rearing and Poultry services.

In a related development,  Governor Muhammed Umar Jibrilla  has laid  a foundation stone for the construction of Class room Block  at the Command Primary school as part of the Government efforts by declaring state of emergency on Education sector across the state. 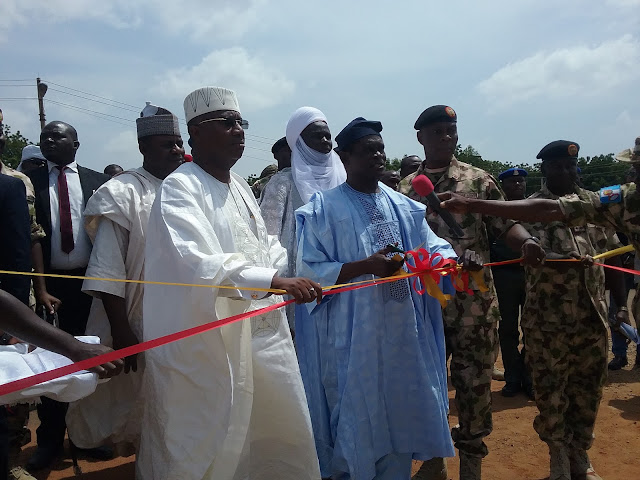 The Governor assisted by the Secretary to the Taraba state government  also commissioned  Bus Stop being constructed by Brigade.