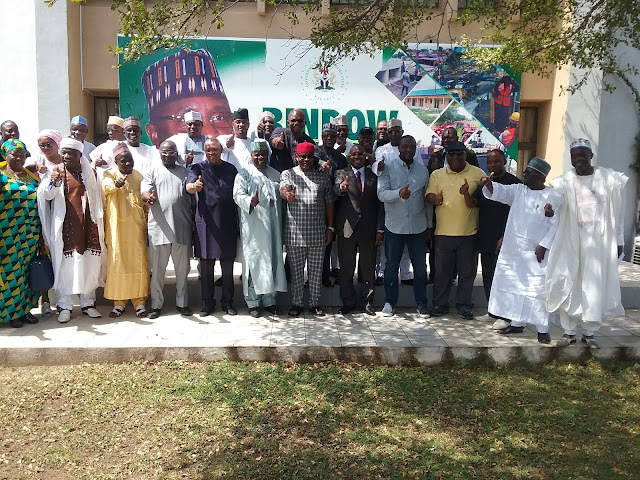 Members of the  House Of Representative Committee on  Works  have  commended Governor Muhammed Umar Jibrilla for his giant strides in transforming Adamawa state within shortest period while in office.

Speaking during a courtesy visit on the Governor at Government House Yola, the Chairman House of Representative Committee on Works,  Honourable  Tobi  Okechukwu said  Members of the committee  were in Adamawa state  to  acquent themselves with the  level of  physical infrastructure  in Adamawa state  as part of their overside functions in the National Assembly.

Honourable Tobi  also  congratulated Governor Muhammed Jibrilla  and members of the state Executive Council for their purposeful leadership  to the people of Adamawa state .

He however  said that the  committee will  not relent  by ensuring that  Quality  work  is being done  on every road construction  awarded by the Federal Government  across the  country. 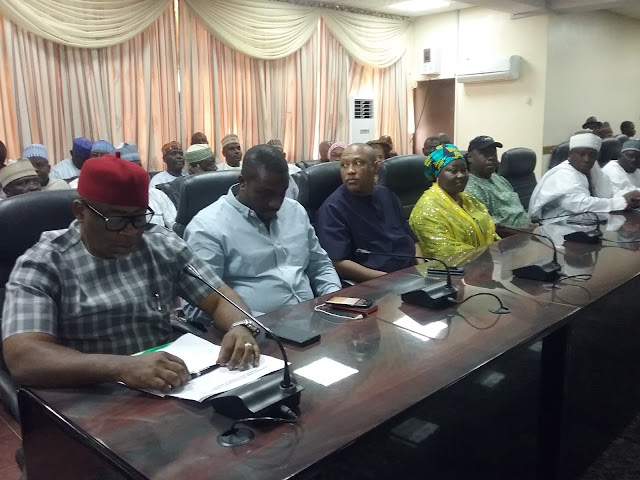 While responding, Governor Muhammed Umar Jibrilla commended President Muhammadu Buhari for his  commitment in  fighting insurgents in the North East  as well as  in ensuring  peace and security in the  region.

Earlier in his  presentation, the Secretary to the Adamawa State Government,   Dr.  Umar Buba Bindir highlighted some of the remarkable achievements recorded by the present administration under Governor Muhammed Umar Jibrilla for the past Two  and the Half years while  piloting the affairs of the state as a Governor which includes, Physical Infrastructure, provision of Agricultural impliments, provision of portable Drinking water, Declaration of State of emergency on Education and Health Care sectors, Poverty alleviation, as well as maintaining peace and security across the state.