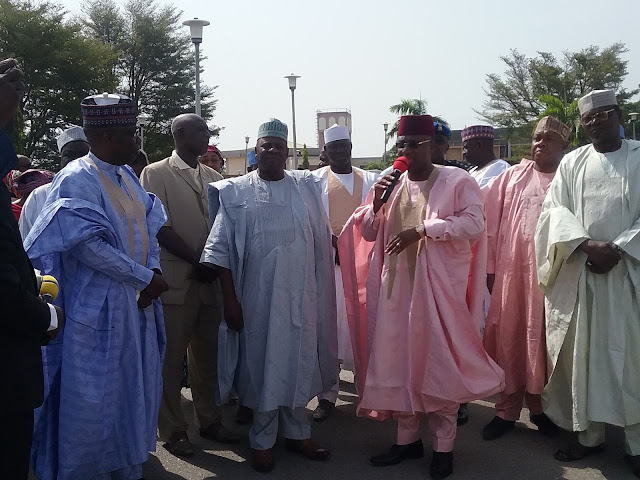 About  Fourteen Power Generators has been  donated to the Adamawa state Government by I H S  Nigeria  Limited.

Presenting the  Generators  to Governor Muhammed Umar Jibrilla  at Government House Yola, the  Executive  Director of IHS  Mr.Jimoh  Umarou  said the  company  decided to  donate the generators to the state  in order to improve the  service delivery to the people of Adamawa state.

According to Jimoh  Umarou,the  Generators would intervene  in people's lives such as Hospitals,  public schools,  and other  public places  that will be  beneficial to the majority of the electorates of Adamawa state.

While commending the Governor  for his developmental strides in developing Adamawa state with physical infrastructure and other social amenities, he also commended the Governor for maintaining peace and security in the state.

While  receiving the Power Generators, Governor Muhammed Umar Jibrilla said his government is determined to serve the people of Adamawa state  for the better and  promised to use the Generators  judiciously for the purpose intended. 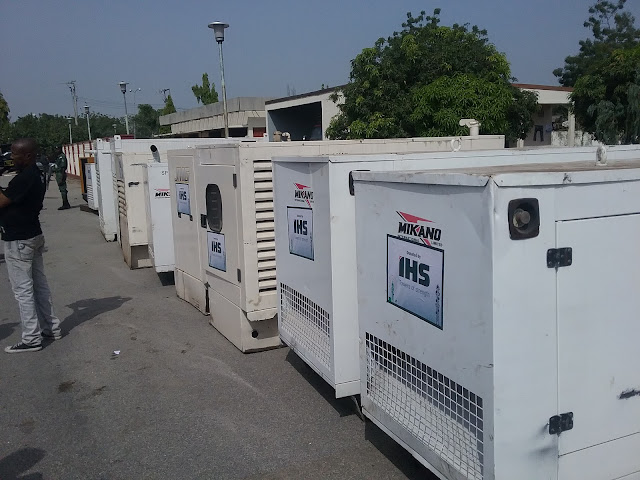 The Governor however  revealed that his Administration  have constructed and completed about Two Hundred and  Ninety  Seven  Roads across the state in just Two  Years while in office, and called on the Non Governmental Organisations and  other  private  sectors  to come to the aids of the state  government  in order to move the state forward adding that  Adamawa state is  the most backward state in the Federation  in terms of development and progress .