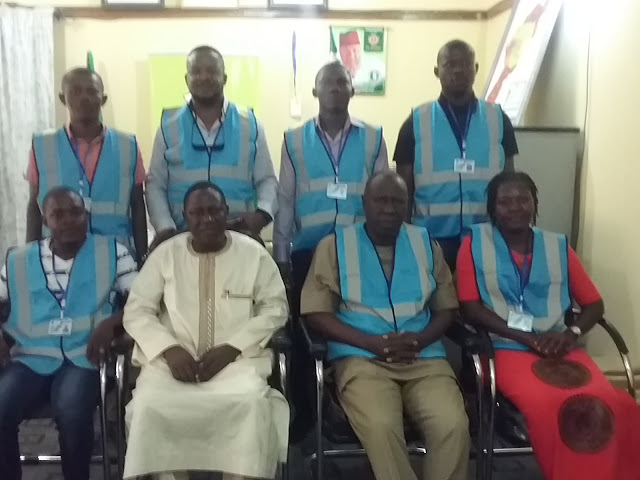 Adamawa State Government in  Collaboration with UNDP and National  Institute of Advance Legal  Studied (NAILS) have deployed Legal Experts to advice and seek redress for people whose right has been  trampled opon  and  abused against  during and after the   Boko Haram insurgency, the team is also to advice  Area Courts to  Stand to their responsibilities by making sure that people adhere to the rule of law.

The team was received by the Honourable Commissioner Ministry for Information and Strategy Comrade Amad Ibrahim Sajo and His Colleague From the Ministry of Education Comrade Julius K. Kadala.

Comrade  Amad Ibrahim Sajoh has earlier spoken to some stake holders   across the various Local Government Areas of the State to accommodate and show hospitality to the team as well  as provide them with the necessary  support they may need.

The  leader of the team Barr. Miriam Ahaj appreciated the State Government for the warm welcome, the team have since dispersed to various Local Government  Areas, where they are expected to carry out the exercise  in twenty Days.