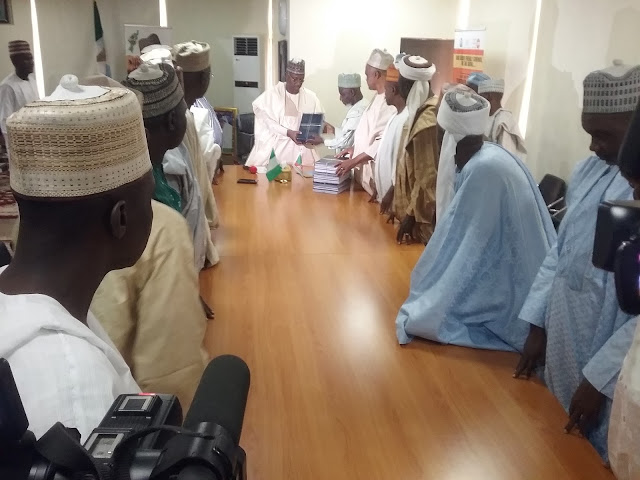 Properties  worth  over Eighty  One Billion Naira  were destroyed while  Thousands of people  were displaced as a result of the activities of insurgents in the Northern part of  Adamawa state.
The Adamawa state  Chairman of the  Muslim  Council  Alhaji  Sahabo Magaji disclosed this to Governor Muhammed Umar Jibrilla  while  submitting a report on the destruction of properties  and Loss of lives by the Boko Haram insurgents in the affected  Seven  Local governments  areas of the state.

According to  Alhaji Sahabo Magaji, a Four man committee  was inaugurated by the council  to ascertain the level of destruction done in the affected LGAs  and finds out that  properties valued  81,654,516.797: 00. were destroyed while 5,247 persons were killed and 5, 151 were also Injured  in Madagali,  Michika, Mubi-North, Mubi South. Maiha, Hong and  Gombi Local government areas by the  Boko Haram insurgents.

He urged the  state and the  Federal government to support Military and other   security agencies particularly in Madagali  Local government area and  also appealed to the government to reconstruct Worship  places, Clinics,  Schools  as well as Business  premises  destroyed by the insurgents in the affected areas.

Receiving the report, Governor Muhammed Umar Jibrilla assured the  Council  that he will forward  their report  to the  presidency for taking necessary action.

The Governor  infomed members of the council that already there is a  committee headed by General  T Y Danjuma  for the reconstruction of entire North East destroyed by the  insurgency.
He however  urged  the  Council to continue to  pray for President Muhammadu Buhari for his efforts in  the fight against insurgency in the North East sub-
20:47
Adamawa Daily Reports
News
Email ThisBlogThis!Share to TwitterShare to Facebook