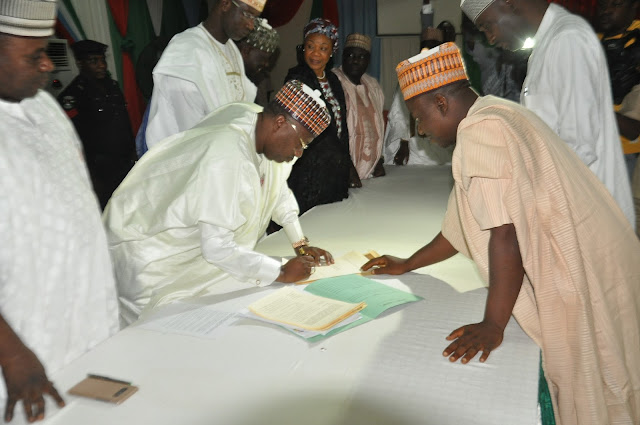 Speaking in a brief ceremony held at the Banquet Hall of the Government House Yola, Governor Muhammed  Umar Jibrilla  says Adamawa State made a history  for the First time  an appropriation Bill  was signed into  Law  in the Month of December.
While  thanking members of the state  House of Assembly for their support and cooperation in ensuring that the 2018 Budget was finally signed.

Governor  Jibrilla also acknowledged  and thanked the entire people of Adamawa state for the support and  cooperation being given to his administration, pointing out that his government will continue to provide Democracy dividends to the electorates at the grassroots.