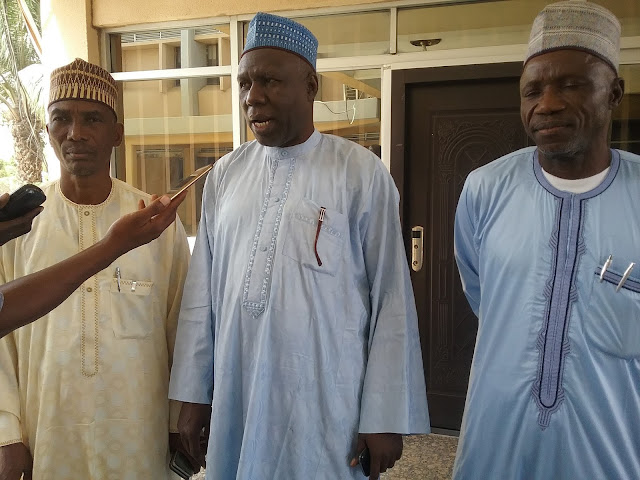 The  People of Adamawa state  has been urged to always  maintain  Roads and Drainages being executed by the government.

The Honourable Commissioner ministry of Information and Strategy Comrade Ahmad Ibrahim Sajoh along side Commissioner of Environment  Hammaji Bulus ,and the  Permanent Secretary Ministry of  Work  Engineer  Suleiman Muhammed  who briefed Journalists at the end of the 43th  Weekly State Executive Council Meeting presided over by the Deputy Governor Engr.Martins Babale at the Council chambers of the Government House Yola.

The Information Commissioner explained that the Council has discussed and deliberated on some issues concerning the  development of Adamawa state  in the out going Year 2017, and commended all the actors particularly the  principal officers of the House of Assembly for  a job well done.

According to Comrade Ahmad Sajoh, the Council  reviews ll the projects  that have been  executed by the present administration under Senator Muhammed Umar Jibrilla for the  out  going  year and  promised to  rededicate government  commitment towards the development of the state.

The Council also pleaded to the electorates not to be  burning  tyres on the roads as it will affect the environment and  also has a negative reputation on the environment, stressing that it is a civic responsibility of all to maintain the  projects,Urging  the people to always keep their  surroundings  clean.

The  Council also thanked the entire people of Adamawa state for their  support and cooperation being given to the  present administration of Governor Muhammed Umar Jibrilla  Bindow.