NEWS:300 Civil Servants to Benefit from FMB Housing Loan Scheme in the State 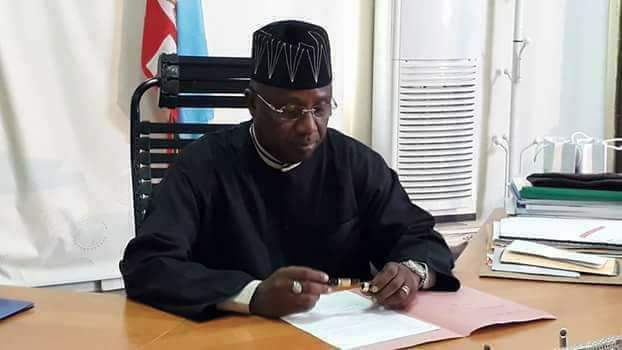 About three (300) Civil Servants in Adamawa State are to benefit from the Federal Mortgage Bank housing scheme loan.

Governor Muhammad Umaru Jibrilla, while  presenting the cheques to some of the beneficiaries at the Murtala Nyako Training  Center, said the effort is in line with the policy of this present administration which is geared towards improvement and the welfare of Civil Servants in the state.

The Gvernor explained that government is set to pay arrears to both teachers,  local government and health workers with effect from this week.

He also stressed that Civil Servants are critical in the sustainability of peace of the state especially in consolidation of the infrastructural development.

While reiterating State Government's determination towards providing support to the scheme, Governor Jibrilla noted that land for development have been provided by the state government as government is determined to treat civil servants with dignity.

Head of Service, Doctor Louis Mandama said over three hundred civil servants will benefit from the scheme this year while forms will be made available for those interested. He stressed that road rehabilitation in the state secretariat ignored in the last seventeen years is commendable adding that government is determined to provide water, electricity as well as parking space while periodic workshops for civil servants would be ensured.

She said three hundred and fifty nine million Naira was approved for four hundred and fifty one beneficiaries in the state, adding that so far six thousand circle servants have benefited from four point seven billion naira loan facility.

In a remark,  State Chairman of Nigeria Labour Congress, Comrade Dauda Maina described Governor Jibrilla as the creator of New Adamawa state,  adding that civil servants in the state are the envy of all considering how civil servants have been given priority by the present administration in the state.

Responding on behalf of beneficiaries,  Mr.  Wilson Pukuma appreciated both Federal and state governments for the effort to provide affordable Housing,  which he described as a necessity.

He appealed to Government to resuscitate the state homes and savings to enable civil servants take loans to build houses and buy vehicle for use.