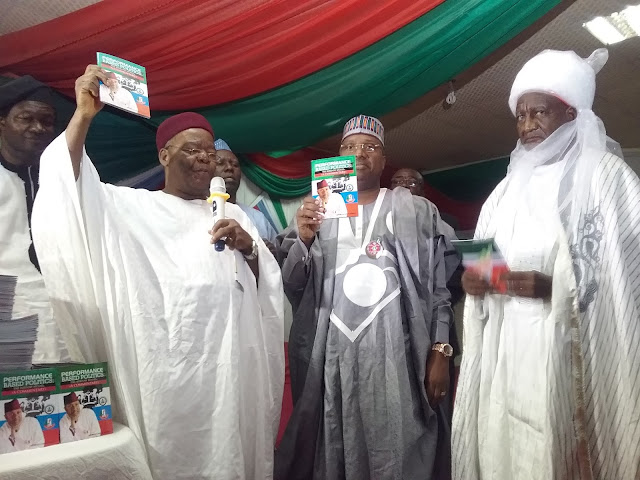 This was disclosed by His Excellency the Governor,  Sen.  Umaru Mohamed Jibirilla, Presentation of the  Book "Preformance based Politics, The Bindow  Model" A Commentary  On the  Phenomenal  Developmental Strides of the  Bindow  Administration In Just Two Years of Governance. Written by  Dr. Ago so Hula deino Bamaiyi, Under the Chairmanship of the Emir of Mubi His Royal Highness Alhaji Abubakar Isa Ahmadu  and Reviewed by Senator  Dr. Jonathan  Silas Zwingina held at the Banquet Hall of the Government House Yola.

During the ceremony, Governor Muhammed Umar Jibrilla appreciated the support and cooperation of Adamawa  people  given to his administration at all times.

Governor Muhammed Jibrilla  re- emphasised that the  Peace of Adamawa State is not Negotiable, pointing out that  without  peace no any meaningful development would  achieve in the state .

He explained that his government  have respect to the  Traditional institutions, stressing that  the  Royal  Fathers are the custodians of cultural Heritage and  Values  in the society.

While  soliciting the support and cooperation of the people of Adamawa state, the Governor explained that the state will host the  first ever Anti- Corruption  Summit in Adamawa state. 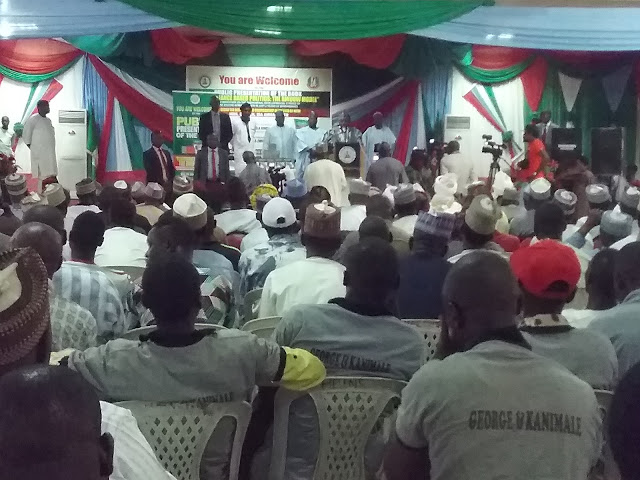 He also  assured the entire Civil Servants in the state  that the state government will settle all their emoluments owed  before the end of the  month of December, 2017.

In their remarks, the Secretary to the State Government Dr Umar Buba Bindir along side Head of State Civil Service Dr Louis Solomon Mandama, Honourable Commissioner Ministry of Information and Strategy Comrade Ahmad Ibrahim Sajoh  and the state APC  Chairman Alhaji Ibrahim Bilal have all assured their total support and cooperation of the present administration  under Governor  Muhammed Umar Jibrilla for the  betterment of Adamawa state.