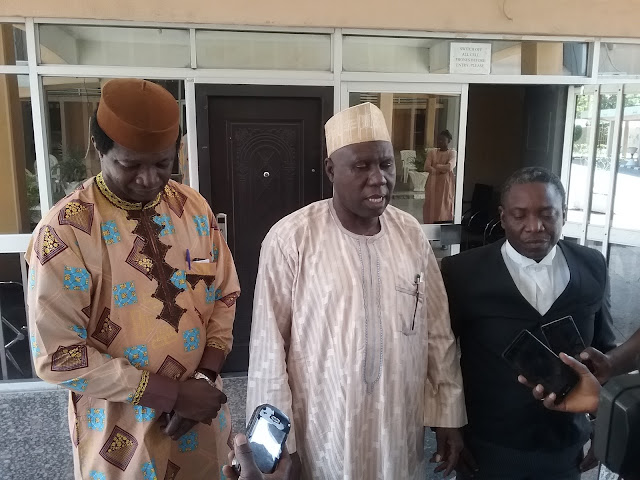 The Adamawa state Government is to  Set up an Intra -Inland Water Ways Authority.

This was diaclosed by the Honourable Commissioner Ministry of Information and Strategy Comrade Ahmad Ibrahim Sajoh along side State Attorney General and Commissioner for Justice Barr.Bala Silas Sanga who briefed News men at the end of the State Executive Council Meeting presided over by the Deputy Governor Engr.Martins Babale at the Council Chambers of the Government House ,Yola.

According to the Commissioner, the  Federal  Court of Appeal had clearly stated that the Intra -Inland Water Ways belongs to the State Governments, explained that  a Draft  Bill  will be send to the state House of Assembly for consideration and Law backing and Establishment.

He also explained that the Authority  will be domiciled within the  jurisdiction of the Ministry of Water Resources  pending the  full take off the  Authority.

The Commissioner  however said that the EXCO also deliberated on the  limitations Laws  that will determined the use of Land, Contract and in relation to Trust  and the General areas of speciality  in order to seek  remedy on such claims.