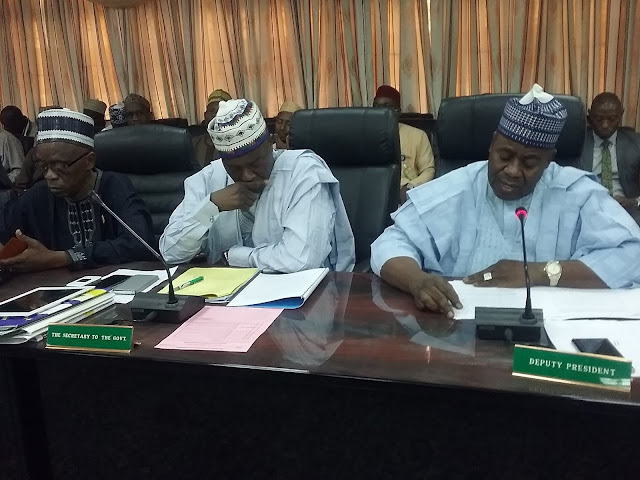 The Adamawa State Government in its efforts to fight insurgency in the State has Inaugurated a  six man Commission of Inquiry to  Investigate the recent attacks in Demsa and Numan  at the Council Chambers of the Government House,  Yola today.

Performing the inaugral ceremony, Deputy Governor Engr.Martins Babale reminded members of the Commission that the  primary purpose of Government is to secure the  lives  and properties of its citizens. He explained that Government  after  consulting all the  relevant  stakeholders  including  security agencies and Traditional Rulers, decided to invoked it's powers under the  commission  of Inquiry  Law ( Cap 34) of 1997  to institute  the commission  and empower it with the  following terms of reference; 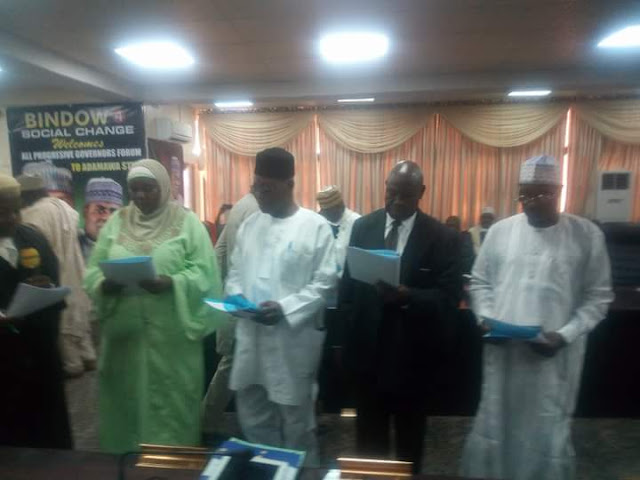 1.To Investigate the immediate and remote causes of the conflicts in Demsa and Numan.
2.To ascertain the extent of damages to lives and property.
3.To Identify persons involved.
4.To advise Government on curbing future occurrences.
5. To recommend appropriate remedies against any persons or institutions involved in the crisis.
6. To Proffer lasting solutions that would sustain peace in the state.

-The Commission shall at any time be deemed to be duly constituted  if the Chairman and Two other   Members are present .
- The proceedings of the Commission  shall be held in the state Capital  unless in any particular  case , the Chairman of the  commission for any particular reason  decides on a different  Venue.
- Without  prejudice  to the  power of the  members as provided  for in the commission  of Inquiry  Law, the proceedings of the commission  shall  be  held in  public unless in any case and for any particular reason,  the commission  resolves to sit in  Camera.
-Mr.  Aggrey Bechur Ali Shall be the Secretary of the  commission and shall perform  such administrative  functions relating to the  work of the  commission as the commission  may  prescribe.
The Deputy Governor  also  stated that  Government  is irrevocably committed to  ensuring that the  report  of the commission  will be faithfully  implimented, saying that "We are indeed committed to  ensuring that  all steps are being taken to  forestall  future  occurance  of such unfortunate  incidence, Our  concern is to bring Adamawa state out of  poverty and  backwardness, We cannot  do that if our communities are not living in peace with  each other. " he emphasised.
He however  charged members of the Commission  to live up to their recommendations . 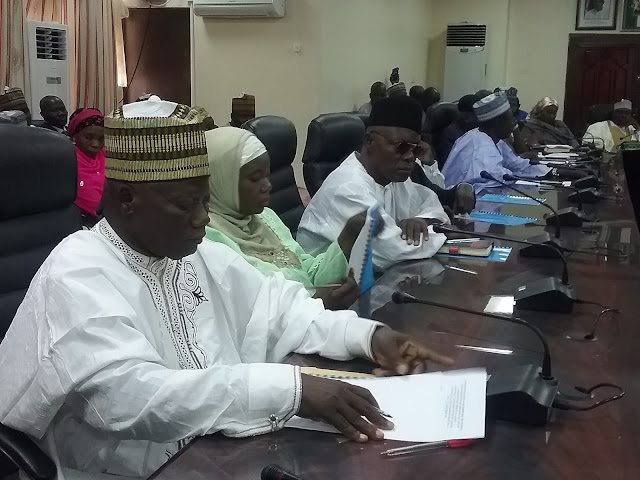 Responding on behalf of the members of the Commission, Honourable  Justice  Adamu Hobon Retired expressed gratitude for the  confidence reposed on the members of the Commission and assured that  members of the  Commission will carry out  its assignment  in accordance with the Terms of  reference  in order to  justify the  confidence reposed on them.
He assured that the  commission  will conduct it's assignment  without  fear or favour and solicited for the support and general public  to enable the  commission carry out its responsibilities.
The Commission  has Six weeks within  which to submit their  report.
04:09
Adamawa Daily Reports
News
Email ThisBlogThis!Share to TwitterShare to Facebook