NEWS: NUJ Present An Award of Excellent To ES Muslim Pilgrims welfare Board 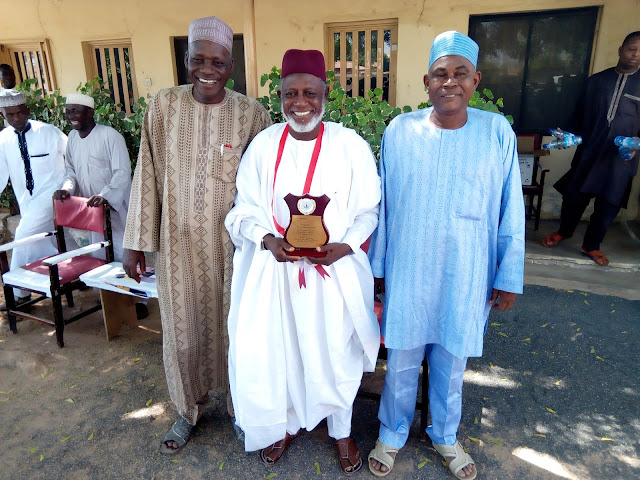 The Leadership of Nigerian Union of Journalist (NUJ) Adamawa State chapter have presented an Award of "Excellence"  Executive Secretary (ES) of the state's Muslim  welfare board, Engr. Umar A Bobboyi

The presentation which took place at the premises of the Board  in the presence of staff,  friends and associates of the  ES.

According to the State Chairman  of the Union, Comrade Salisu Abubakar said  the sterlings achievements of Eng Umar A Bobboyi as ES Board attracted their attention for the well deserved Award.

"This  gesture is In recognition of your outstanding contributions in the discharged of your duties as the Executive Secretary of Muslims welfare board of Adamawa State.

"Is a merited award to a great personality to encourage you to fly high in order to improve the the services of the board for the benifit of the entire state."

In his response, the recipient, Eng Umar A Bobboyi appreciate the union for encouraging him to do more of what he was doing.