NEWS:Adamawa State Government Forbids Any Organization from Rejecting Corps Members Posted to them. 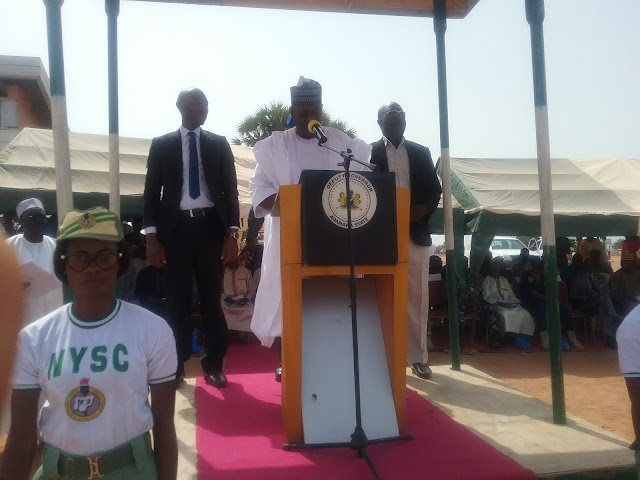 Over 1,999 Batch B Corps Members were deployed to serve in the 21 LGAs of the state on Monday 11, 2017 during the occasion of the closing ceremony  at the NYSC Permanent Orientation Camp, Damare by 10:00AM.

The Adamawa State Co-ordinator , Alhaji Mohammed Abubaka in his welcoming speech   congratulated the Corps Members over their stay in the Camp , and also appreciated the State Government for its support as well as  the security agencies .

In a  speech delivered by the Executive Governor of Adamawa state, Sen. Jibrilla Bindow,  represented by his Deputy Engr.  Martins Babale, he expressed his happiness over this auspicious occasion which marks the formal closure of the batch 'B' orientation course . He said that the State Government is appreciative of the numerous contributions of Youth Corps Members to  the giant strides in uplifting the standard of living of our communities.

He urged them to use their basic ideals of the NYSC scheme which  have been successful imparted during there short stay on camp  and wished them a successful and happy service year in the State.

Again , he urged them to accept their posting  in good faith and to report to their places of primary  assignments that have been eagerly  awaiting there  arrival.  The Government has directed that the corps employers should not reject Corps Members posted to their organisations as adequate security measures have been put in place in case of any breach. 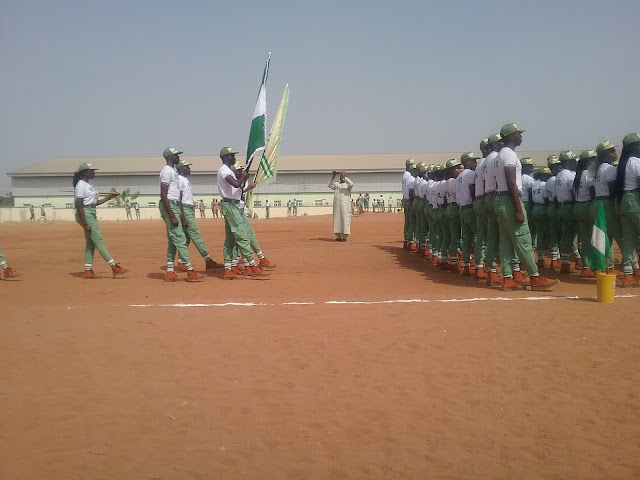 The Governor formally declared the 2017 Batch 'B' orientation course closed.