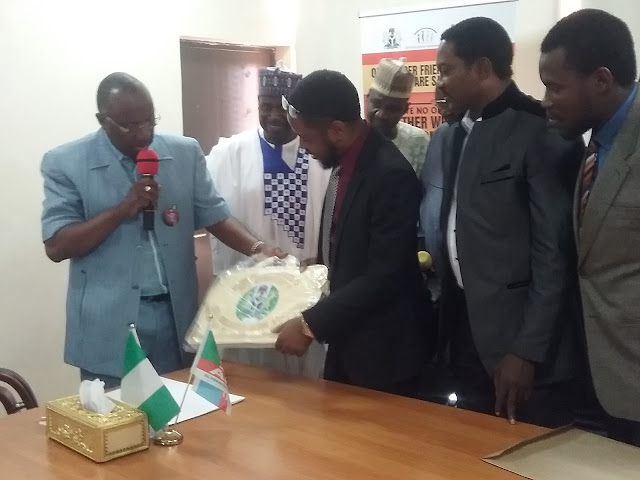 Adamawa State Government is to benefit from the Information and Technology  Development.

The  President Board of Trustees of the Information and Communication Technology  Foundation and endowment,  Professor  Victor W. Mbarika   disclosed this when he led a delegation from ICT  University System and  Southern University  International  Centre  for Information  Technology and Development Baton Rouge, Louisiana state of U S A.

Professor  Victor  Mbarika  said the  delegation was in Adamawa state to  develop  productive and  relevant  scholars to utilise  their  research  in solving the substantial  problems  concerning Information and  Communication Technology.

He explained that the  ICT  University  foundation  is a non governmental  subsidiary of  ICT University  registered  and Chartered  based in United States of America  with Affiliations  in developing countries and  offer educational Information Technology and  Research  services to institutions  of higher  learning and  Government Ministries  and Agencies.

According to  Professor Victor Mbarika, the ICT  University  will  collaborate with  some Ministries, Institutions and  Agencies  such as Adamawa State  University Mubi, Office of the Accountant General  for Local Government, Ministry of  Local Government and Chieftancy Affairs,  Bureau for public procurement  and Board of Internal Revenue  among others.

He also  stressed that Adamawa state  would  benefit from  e-Learning Technology and  e-Library  with over One Million Books for the development of the state  educationally, pointing out that the  centre also empowers Youths and Women  in the areas of Information and Technology.

The  American  delegation  also announced the  confirmation of a Honourary  Title of MAYOR OF LOUISIAN by the  Mayor President of  Louisiana, Baton Rouge  USA.

While responding Governor Muhammed Umar Jibrilla appreciated the efforts by the  American  delegation and assured that the Adamawa state Government  will  partner with the ICT University foundation of Baton Rouge, Louisiana USA. 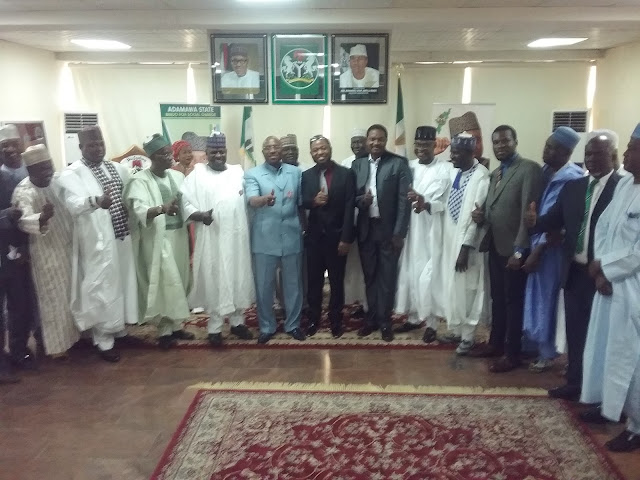 The Governor stated that the  cardinal principles of his administration was  based on Prudence, Transparency,Accountability I and Zero  Tolerance on Corruption.

He also  solicited for the support and cooperation of Non  Governmental Organisations and other  wealthy individuals by assisting Adamawa state in order to move the state forward. 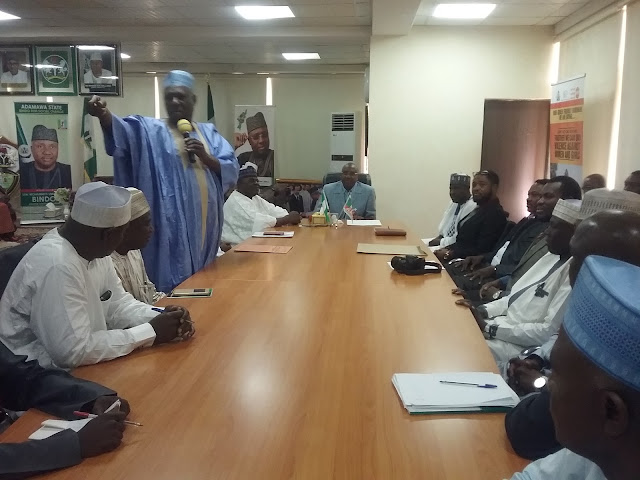 In his remarks, the Honourable Commissioner Ministry of Information and Strategy,  Comrade Ahmad Ibrahim Sajoh enumerated some of the laudable achievements of Governor Muhammed Umar Jibrilla in Adamawa state  in the past Two and Half Years while piloting the affairs of the state  which  includes provision of Roads infrastructure, Declaration of State of Emergency on Education and Health sectors, provision of Agricultural impliments to farmers, provision of portable Drinking water, Poverty alleviation among others.