Home » News » NEWS:Igbo Community in the State, Assured of Protection of Lives and Properties.

NEWS:Igbo Community in the State, Assured of Protection of Lives and Properties. 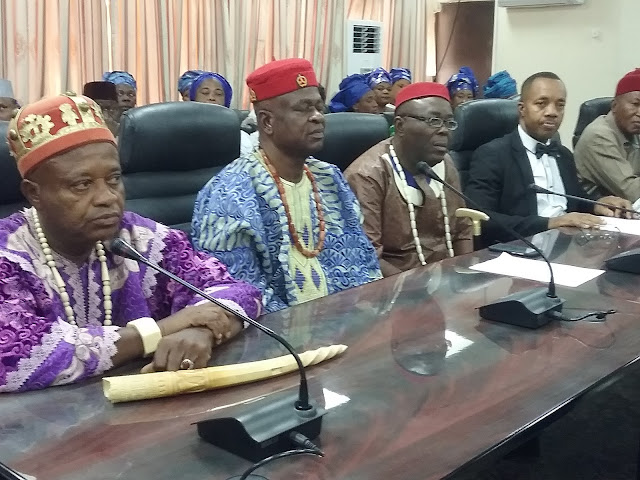 Governor Muhammed Umar Jibrilla  gave the assurance when he granted in audience the  Leadership and members of Igbo Community residing in Adamawa state who paid him a  solidarity visit at Government House,  Yola.

Governor Muhammed  Jibrilla said  the Igbos in Adamawa state  are bonified citizens like  any other person living in the state, explaining that his Government will not condone any sentiment or sectionality while  discharging  his responsibility  ad a Governor, saying that "As a Leader you have to carry every  body  alone ".

The Governor also  stated that Adamawa is  very stable and calm and  called on the Igbos to utilise the  festive period of Christmas  to live in peace and harmony with One another  so as to move the state forward.

He also appealed to the  Igbo community to support  President Muhammadu Buhari in order to  continue with his good works for the  nation .

In a remarks, the Honourable Commissioner Ministry of Information and Strategy,  Comrade Ahmad Ibrahim Sajoh explained that Igbo  people were part and percel of Adamawa citizens in terms of development and peaceful coexistence, pointing out that they have every right to  stay  and conduct  their businesses like any other Adamawa Indigenes.

According to Comrade Ahmad Sajoh, Government will continue to support the Igbos in their  businesses so as to ensure  the progress and development of the state.

He however said that  Adamawa state is  a home  for  every  law abiding citizens  who have the interest of the state at heart and will be  able to live in peace and harmony with One another.

Earlier in his address, the Leader of  Igbo Community in Adamawa  Igwe Solomon Ebis Eze ndi Igbo II  said they were at Government House Yola to show their appreciation and satisfaction  over the great and tremendous efforts being made during the  trial  period of Igbos living in Northern Nigeria.

The  Leader of the Igbo Community in Adamawa  stated that they have passed a vote of confidence on Governor Muhammed Umar Jibrilla  and members of his cabinet and also confered the  title of "" OSISIOMA ""meaning the Good Trees bear Good Fruits  on Governor Muhammed Jibrilla  in veiw of  his unprecedented and uncountable development  brought to Adamawa state in  terms of Road infrastructure, provision of social amenities and the declaration of the state of emergency on Education and Health sectors. 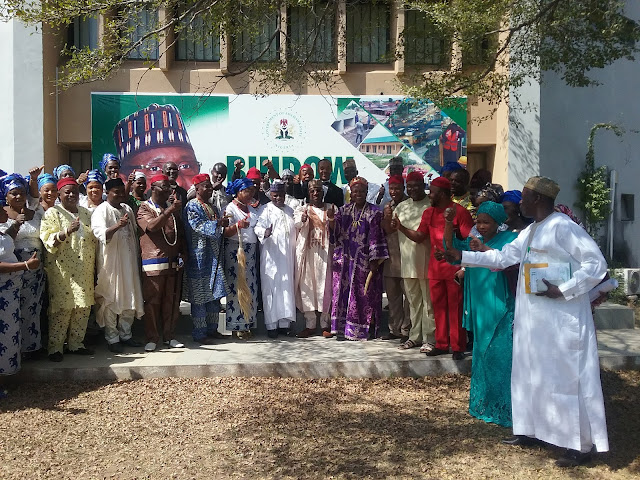 Igwe  Solomon  Ebis also  assured that the  Governor would  get the total support and cooperation of  the  Igbos in  2017 general election, saying that all Igbo votes are intact and are ready surrender to Governor Jibrilla  for the  progress and development of Adamawa state.