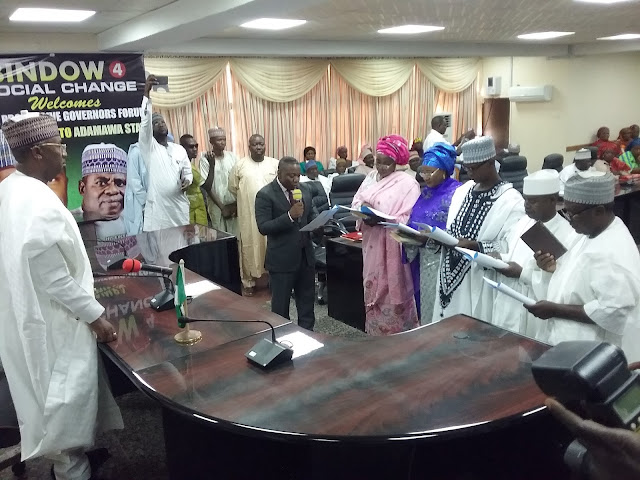 Governor Muhammed Umar Jibrilla has presided over the swearing in Ceremony of Five additional Permanent  Secretaries  with a call to  be Prudence, Transparent and Accountable in the discharge of their official responsibilities.

TheGovernor stated that  their appointment was purely based on merit and  reminded  the new permanent secretaries to abide by the oath of office taken.

Governor Jibrilla also said that the  developmental work being  executed across the state  is quite  enumous, pointing out that  his government  has constructed and completed about Three Hundred and  Fifteen  Roads across Adamawa state, He also emphasised that  Adamawa is  greater than  anybody.

He  then  appealed to the  people of the state  to tolerate one another and live in peace and harmony in  order to move the state forward.

Responding on behalf of the newly  permanent  Secretaries,  Dr.  Edgar Amos Sunday had assured the Governor that they  will contribute their quota towards the development of the state.

He also promised to abide by the oath of office taken while discharging their official responsibilities as permanent secretaries.

The  Oath of office was administered by the state Attorney General and Commissioner for Justice Barr.Bala Silas Sanga. 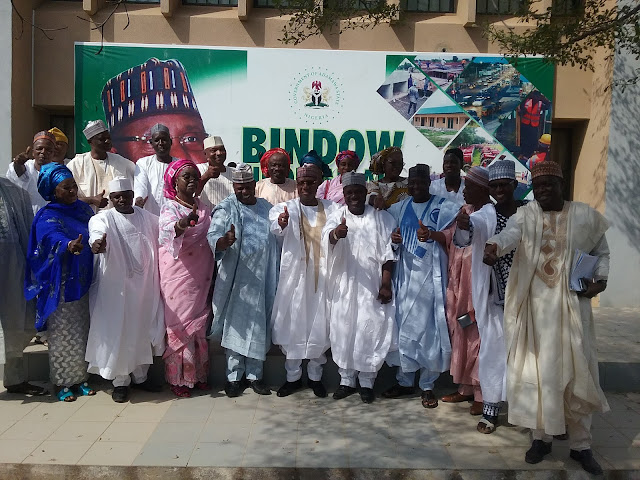