SECURITY:Adamawa State Government Reiterates Commitment In Protecting Lives and Properties Of Its Citizens . 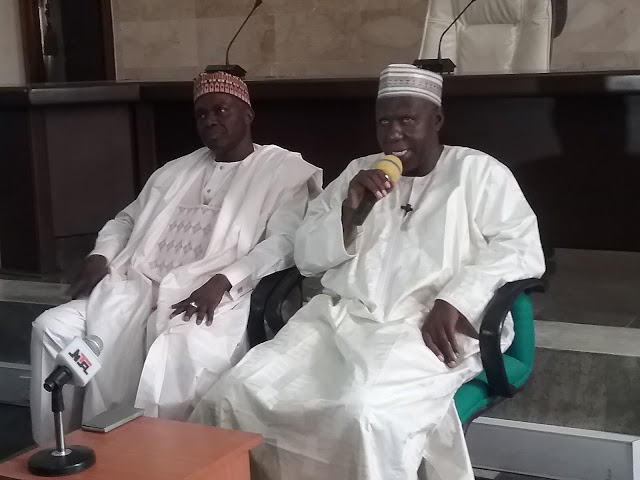 The Adamawa state Government  has  reiterated it's  commitment of protecting lives  and properties of its  citizens.

The Honourable Commissioner Ministry of Information and Strategy Comrade Ahmad Ibrahim Sajoh along side Secretary to the State Government Dr Umar Buba Bindir   stated this  while  briefing Journalists on the outcome of the state  security council  meeting presided over by Governor Muhammed Umar Jibrilla  held at Government House Yola.

The Information Commissioner explained that the  Media  have a  vital responsibility  by informing the general public in the peace Interprises existing among the people of the state.

He said that the  Security Council have map out all the necessary strategies  that will curtail further  escalation of the unfortunate incidence on some communities and  Herdsmen in Numan Local government area.

Comrade Ahmad Sajoh urged the  general public to  desist from  peddling unnecessary  rumours that  can further  spread the  tenting in the affected  communities,appealing to the people to avert the use of  hash in reporting issues.

Sajoh also explained that all the service  chiefs  have  relocated to to Numan in order to to bring peace and stability .

According to the Secretary of the Adamawa state Government, the state is passing through so many  challenges on the  movement of  Herdsmen  from neibouring states over the Laws on grassing by Herdsmen in their  states ."" Government had noted with regret over the unfortunate situation in Numan Local government area ""he emphasised.

Dr Umar Bindir also explained that  Government  has map  out  strategies to  curtailed the situation  in the affected areas, pointingout that the  security  agencies have deployed resources to the trouble area  in order to return  normalcy.

The SSG  said the  Traditional institutions  and other stakeholders  would be involve in the peace Interprises, he however  explained that government is  doing everything possible in addressing the  issue of Land  use in Adamawa state so as to return  confidence on people .