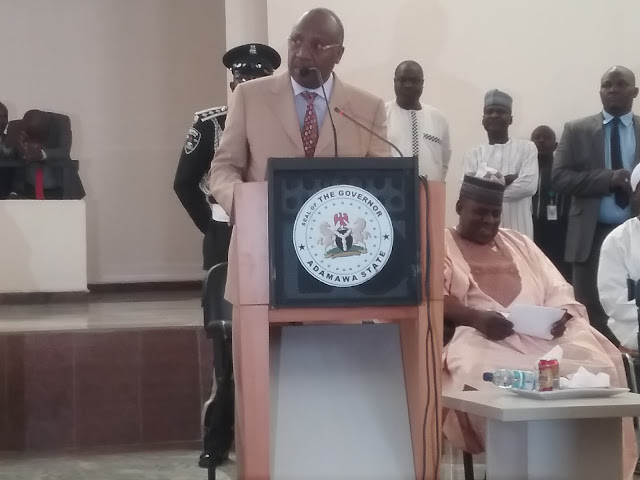 Executive Governor of Adamawa State, Senator Mohammed  Umaru Jibrilla Bindow at the weekend urged residents of Numan not to panic over rumors of an impending reprisal attacks.

Bindow made the call while inspecting victims of cummunual attack between farmers and herdsmen in Numan local government area of the state.

Our correspondent Reports that the victims have been receiving treatment at the Specialist hospital Yola.
Bindow said that the government was on top of the situation calling on all parties to remain calm.

He assured that the perpetrators of the act would soon be tracked down and be prosecuted immediately.

He also said that President Muhammadu Buhari was aware of the situation and directed the security agencies to take proactive measures toward bringing peace in the area.
Bindow said that most victims who were brought to the hospital had improved significantly.

He said that eight of them had been discharged already.

He said that he would continue to monitor their treatment process, adding that he has made it a routine to inspect them on daily basis.

You can recalls that the farmers in Numan attacked Fulani settlements killing many and indicted injuries on many others.