ARTICLE:RATE OF SEXUAL VIOLENCE ON CHILDREN IN NIGERIA ALARMING! 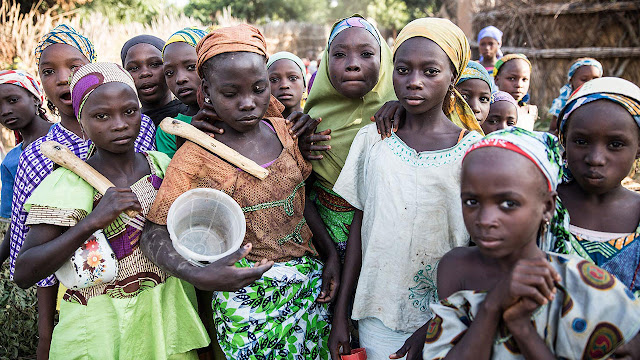 The rate at which sexual harassment of children is increasing in Nigeria is alarming and serious measures must be taken to curtail its escalation because of the havoc it is causing on the victims and the society at large. When I attended a seminar organized by “Search for Common Ground”, a Non-Governmental Organization, for Journalists in Adamawa State on “Conflict and Trauma Sensitive Journalism” in Yola, Adamawa State in February 2017, I realized that there are many human rights violations that are not even reported especially sexual violence on children and this criminal offence is increasing on daily basis in the country particularly the North East region. This informed the writing of this piece so as to bring to fore the devastating effect of sexual assault on children.

Based on the United Nations Children Fund (UNICEF) report on sexual violence, it has been revealed that, worldwide, around 15 million adolescent girls aged 15 to 19 have experienced forced sex in their life time; boys are also at risk although a global estimate is unavailable.

Nigeria the most populous black race in the world has an alarming record of sexual violence of children. Nigeria is faced with the menace of the insurgency in the North, militancy in the South and kidnaping in all parts of the country and children and women have become vulnerable to sexual harassment especially in areas affected by insurgency.

Victim-blaming caused few women reporting their case to relevant authorities. In most of Nigeria communities, a victim of sexual harassment is seen as she is the one who attracted the culprit to harass her. But what of a girl that is 2 or 4-years-old, does her dress or body shape entice the perpetrators? I am finding it difficult to believe that the perpetrators of sexual violence are sane and religious people. They are dangerous like the insurgents in the North East. The relevant authority should double effort to bring to an end the menace of sexual violence.

Under reportage and research on sexual violence especially in the North East by local and national media houses made it difficult to expose perpetrators of sexual violence on children. One could attest to United Nations High Commission for Refugees (UNHCR) December 2015 Protection Monitoring Report for North East Nigeria (covering 3 States) that, “case of rape or sexual assault were reported in 676 households with the highest proportion of incidents reported in Taraba (51%), Adamawa (25%) and Borno States (13%) thereafter”.

This research work has at least revealed the devastating effect of sexual violence on the future generation. However, more needs to be done to uncover the culprits in their hiding places. On 4th December 2017, the Nigeria Security and Civil Defence Corps (NSCDC) Adamawa State Command, paraded in Yola five suspects of sexual harassment on minors from Mubi, the second largest city in Adamawa State. The suspects admitted that they committed the offence before newsmen. But in most cases, the perpetrators are freed at court and one of the reasons is the burden of proof which the victim must convince the judge beyond reasonable doubt that she has been raped.

This informed the reason Bukky Shonibare in his book “Rape and the Nigeria Law” said, digging into the provision of the law on rape and sexual abuses, it is clear that a lot still has to be done if we must achieve a rape/sexual abuse free nation”. Shonibare argued that the seeming unending length of time used in adjudicating criminal matters in Nigeria is a cause of concern. Many may lose cases in court since the victim is required to provide the evidences demonstrating the criminality of the defendant and innocence of the prosecutor.

Shonibare raises questions that may lead a victim of rape losing case in court: one of the observations he made was that: the victim must immediately report to the police and get a medical report from a government-run hospital, which is the only forensic evidence that is admissible.

And these questions followed: “how practical is it for a victim to go to the police station immediately after a rape incidence? What happens where there is no government-owned hospital around the vicinity of the incidence? Where there is one, the victim would have to pay for such reports and most likely wait on a long queue to be attended to. What if she doesn't have money at that time? Does this mean admissible evidences would be destroyed? Realistically, how will an already shattered victim be coordinated enough to go to the hospital when first thing she might want to do is to sort herself out, get herself to safe place and wash off. Yet, the cogency, hence admissibility of the evidence is threatened if the victim washes herself (mouth, body, clothes), drink liquid, urinates, or takes any other bodily action. What happens to a 9-year-old girl who does not even know what to do and her parents did not notice on time so as forensic evidence can be gathered? Should these evidential demands be reviewed to give room for realities?”
Yes, it is obvious that these evidential demands in the Nigeria Law need to be review with other practices in order to accommodate 21st Century realities as well as ensure conformity to International Human Rights Law as it bothers sexual harassment or violence of children. This does not mean that the victim of sexual harassment will lose case in a court of law.

What is also hindering exposing the perpetrators of sexual violence is, fear of stigmatization on the part of the victim. Victims of sexual harassment prefer to remain silence because the society sees them as an outcast, someone who has no value anymore. It is necessary that the community embrace them because most of them were either forced or persuaded to fall into the traps of the culprit.

Much is needed to be done on the part of the journalists to curtail the escalation of sexual violence on children especially in the North East which should include: exposing the perpetrators so as to bring them to justice through Investigative Journalism and research.

The effort put on ground by the Search for Common Ground, a Non-Governmental Organization, especially in training journalists in North East and other parts of Nigeria on “Conflict and Trauma Sensitive Journalism” and thereafter offered small grants for Accountability Journalism and Research to Journalists in the North East to uncover human right violations, will help to uncover sexual abuse on children.

Victim of sexual harassment can report their case to obtain judgment at a court of competent jurisdiction through the various Government established Ministries, agencies, human right organizations and non-governmental organizations that provided free legal service and advice to victims of sexual harassment. The Adamawa State Ministry of Women Affairs in collaboration with the Federation of International Women Lawyers, provides free legal aid to victims of sexual assault and other related human right abuses while Adamawa State Ministry of Justice provides free legal advice to a complainant before institute action in a court of law. Other Non-Governmental Organizations and Human Right Organizations such as the Search for Common Ground, Human Right Watch, UNICEF among others offer necessary advice and help in prosecuting human right abuse cases on behalf of the victim in a court of law.