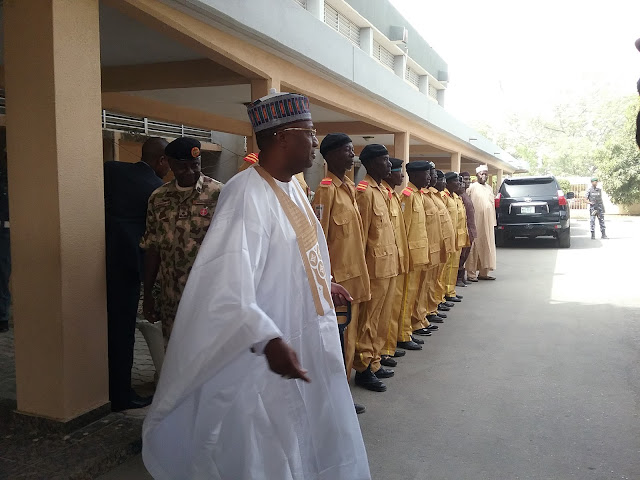 People of Adamawa state  has been urged to  assist  morally and financially to the  families and Dependants of the fallen heroes  considering their sacrifice and patrotism for the cause after resolution for peace.

Governor Muhammed Umar Jibrilla who made the call during the  Launching of  2018 Emblem of the army  forces remembrance day and Appeal Week  took place at the council chambers of the Government House Yola.

Governor Muhammed Jibrilla said  that  in view of the significance of the  event, no amount of moral and financial contribution would be too little to the sustainance of the dependants of the fallen compatriots.

He also  recounted the  courageous and brilliant efforts of the  Nigerian soldiers who fall gallantly during the first, second and  civil  wars  as well as the  fight against insurgency in the  country aimed at keeping Nigeria as  one Nation .

The Governor advised the  leadership of the state executive of the  Nigerian Legion to use the  money  reliased  for the purpose intended, and  appealed to all and sundary to donate generously towards this noble objectives.

During the  Launching of the  Emblem, Governor  Jibrilla  made a personal  donation of Five Hundred Thousand Naira and pledged the  sum of Five Million Naira on behalf of the Adamawa state Government.

During the ceremony  Over Ten Million Naira Was reliased  for the Launching of the Emblem. 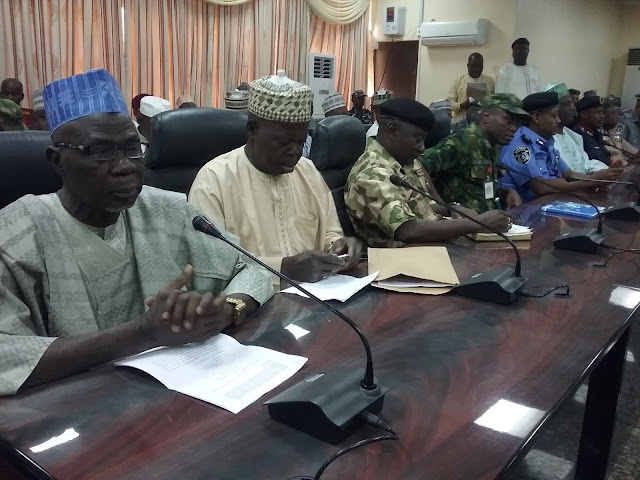 In his remarks, the  Adamawa state   Chairman of the  Nigerian Legion  Retired Master  Warrant Officer Bashir Baba Yola  said the  leadership of the Legion  is more concerned about the  welfare of the  Widows and Orphans  of the fallen heroes adding that  this is done to appreciate the services rendered in their struggle to save mankind  in the Globe .

Master  Warrant Officer Bashir Baba Yola retired requested  the state  government to pay the  Ex - servicemen  deployed to post  primary schools their entitlements for the period  from  February 2016 to Date . 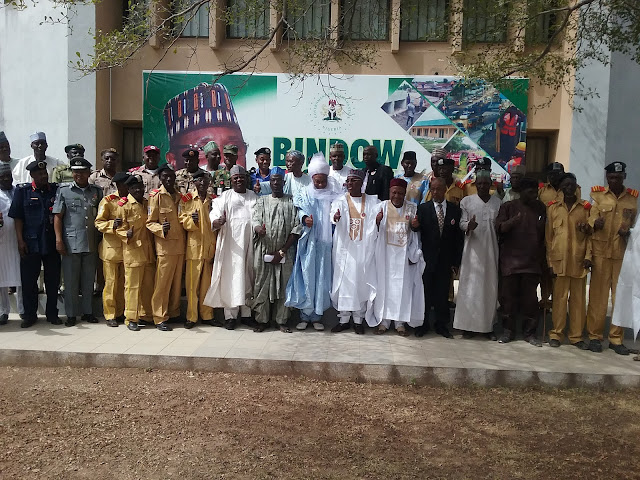 He also assured the Governor of  their total loyalty and support to the  state government and identies  their tremendous  achievements and  outstanding with the  present administration under Governor Muhammed Umar Jibrilla.