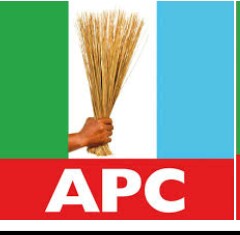 The Adamawa State Chairman of All Progressives Congress, APC, Alhaji Ibrahim Bilal has on Thursday opined that the party in the state remains fit and unbeatable of forming another government in 2019.

According to him the capability of the party is glaring as hundreds of people from other parties trooping and decamping to the party, indicating the party's popularity to everyone in the state see.

He further explained that many have found pleasure in joining the party in the state because of the giant strides of development noticing around and outside the state capital by Governor Muhammadu Umaru Jibrila Bindow's administration.

"I don't think there is any party that is fit and ready to take power from APC in Adamawa State, many vibrant and grass roots politicians are even decamping to our party (APC) because of the proven facts of our Governor performance especially in the infrastructure aspect of the state." Bilal said

He refutes insinuations that the party is in disarray with internal party feuds among party loyalist.

"Our party is ever strong and united to bring again President Mohammadu Buhari and Governor Muhammadu Umaru Jibrila Bindow to finish their two term constitutional mandate of leadership and we are not in any form of crisis.

"I'm assuring you with what Bindow is doing there cannot be any problem for him to clinch the ticket of the party that will give him upper hand to beat up any opposition candidate contending against him. " He added

Bilal is calling on any well meaning politician in the state to come and join the ruling party as the party will welcome and treat any new member on equal grounds, the old ones will not superior over the in coming ones and no any forms of segregation will be treated against them.