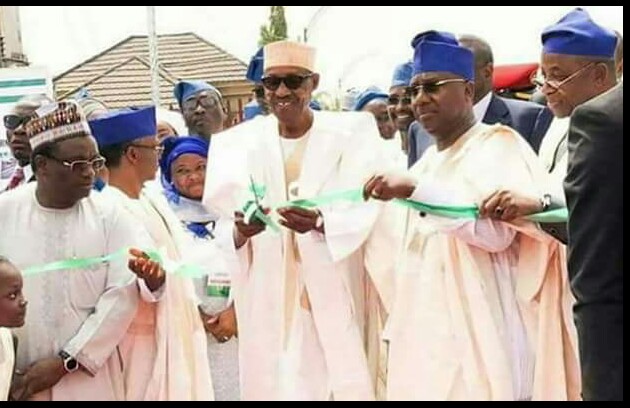 The President made the commendation while  declaring open a Two Day Summit  on Anti Corruption  at the  Banquet Hall of the Government House Yola,  recently.

He  said that  his government will continue to  fight  corruption  to the bearest minimum  in Nigeria.

According to President Muhammadu Buhari, Transparency, Fiscal Responsibility, Accountability and  timely distribution of goods as services are the watch words of  his administration.

The  President  also said that the  federal Government  can not  interfere  with the  details  affairs of the states.noted that the Team work  and cordial existing  working relationship between the Executive arm and the  Legislature  is the key of Good Governance,stressing that ""To the Government of  Adamawa state  I said  Well  Done  and Keep it up, and to the people of Adamawa  you should  continue to support the present administration under Senator Muhammed Umar Jibrilla for the  overall development of the state.

He however said that  fighting Corruption  is not for the  Government  alone, but a collective  responsibility of  all Nigerians.

In his Remarks Governor Muhammed Umar Jibrilla have  commended  President Muhammadu Buhari for  being  highly  committed  in the fight against insurgency and  restoring  peace and  stability in the entire North East region.

He  assured that the  government and people of Adamawa state  will continue to  support  President Muhammadu Buhari's administration  at all times in veiw of  his  Transparency, Prudence, and Accountability in  maintaining the affairs of the  country. 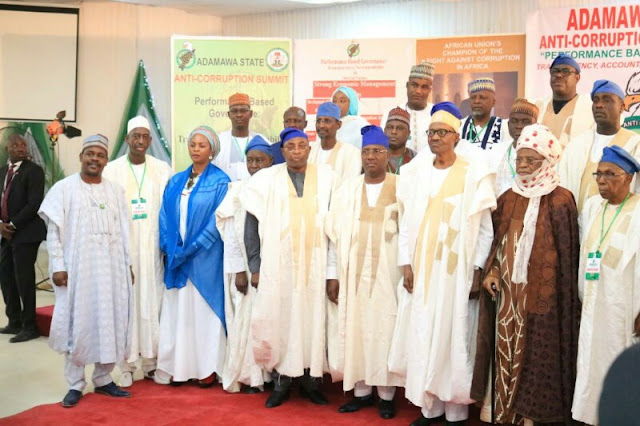 the  North East Commission Bill ,in view of the  devastated destruction  done in the North East  by insurgency.

He explained that the  aim of of the Anti Corruption Summit  is to point out that his government  is  based on  Transparency and Accountability in  utilisation  of state  resources.

The Governor also explained that his government was able to construct over Three Hundred and Fifteen world standard Roads across  Adamawa state, pointing out that  his Administration is governing  on Zero  Tolerance on corruption in terms of managing the state  resources.

He also  appreciated president  Muhammadu Buhari for  providing  Bailout  and Paris Club funds to  all the states Governors.

The  Chairman of the  Summit an elder statesman,  Alhaji  Ahmed  Joda said the  summit has come on time when the  government is fighting  Corruption and  putting  confidence on its citizenry.

Alhaji  Ahmed  Joda also  acknowledged  and commended  Governor Jibrilla for  making the  summit possible, stressing that the  government of President Muhammadu Buhari  identifies  corruption  as a greatest enemy of  Nigeria and urged the people of Adamawa state to join  hands  in fighting the cancaworm called Corruption  in the  country.

Earlier in his  Key note address, the Secretary to  the State Government Dr Umar Buba highlighted some of the remarkable achievements of the present administration under Governor Muhammed Umar Jibrilla in the areas of Roads infrastructure, Declaration of State of emergency on Education and Health sectors, as well as  Youths and Women  empowerment in the state.

The  Anti Corruption Summit was attended by the Secretary to the Government of the Federation Barrister Boss Gida Mustapha,  Governors of Bauchi  Barrister  Abubakar  Mohammed  Abdullahi, and that of Kaduna state  Mallam   Nasiru Ahmed El  Rufai, Members of the National and State  Assemblies, Federal  Ministers , Chairmen  of Economic and  Financial Crimes Commission  ( EFCC )Ibrahim Magu and Independent  Corrupt Practices (ICPC)former Military  and Civilian Governors  as well as  Diplomats.