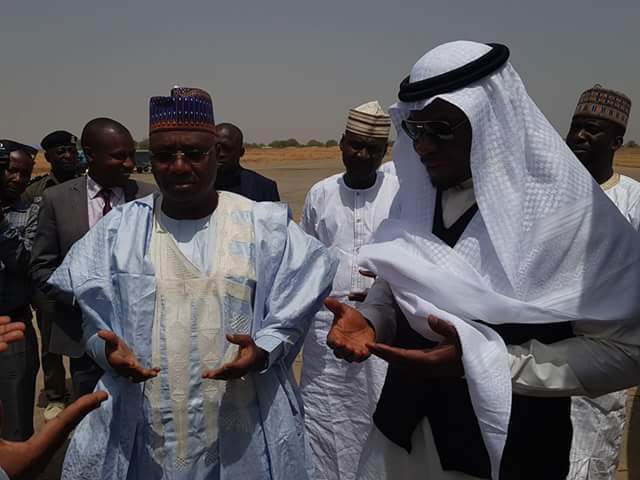 Adamawa State Government is to partner with a Saudi Arabia based company to cultivate Twenty Hectres of arable Land for Agricultural Development in the state.

Secretary to the Adamawa State Government,   Dr. Umar Buba Bindir  stated this while briefing journalists on the outcome of the meeting held with Governor Mohammed Umar Jibrilla at the government house in Yola.

Dr Bindir explained that shortage of arable land in Saudi Arabia informed the company's decision  to invest in Adamawa State, stressing that Adamawa State and Saudi Arabia will drive mutual benefits in the areas of job creation, fishing and farming.

The SSG also explained that the Honourable Commissioners of Land and Survey Alhaji Yayaji Mijinyawa, Agriculture Engr. Waziri Haruna Ahmadu,  and of Justice Barr.  Bala Silas Sanga as well as well as his humble self have been instructed by the Governor  to form a committee that will meet with the team from the company, Zàin Al Abidin Group, to finalise plans for the take-off of the collaboration.

The delegation was  headed by Zàin Albadin Nafawi, has since left the state for Saudi Arabia.