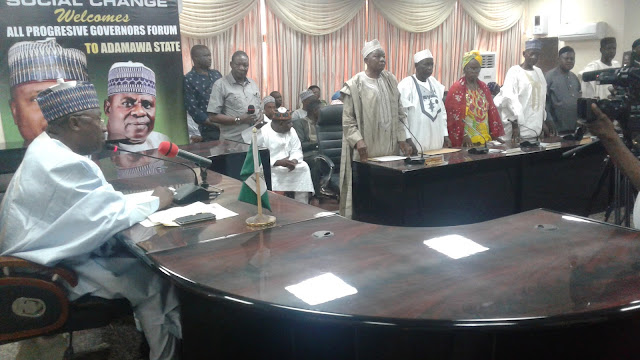 Governor Muhammad Umar Jibrilla  Says Prudence, Transparency  and Accountability are the cardinal principles of  his administration.

The Governor  stated this while  inaugurating  Chairman and  Members of the  Adamawa State  Audit Commission  at the Council Chambers of the  Government  House,  Yola.

However, Governor Muhammad Jibrilla  said the selection of  members of the State Audit Commission was carefully done  and was based on merit as well as the track records of the members. He urged them to contribute  their  quota towards the development of  Adamawa State.

While  congratulating them over their appointments, he explained that the  Anti  Corruption Summit held in the state is a testimony  that his administration is governing  on zero  tolerance  on corruption, adding that the Mission and Vision of his government is based on Transparency  and Accountability. 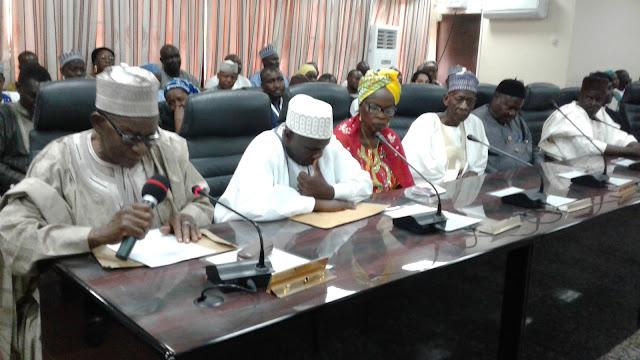 Responding on behalf of the members of Audit Commission, Alhaji Musa Bello  expressed  appreciation  to Governor Muhammad Umar Jibrilla for finding members worthy  to serve in his administration and promised to conduct their responsibility in accordance with Audit Lawrence Number Sixteen of 2016 and  part Three to Twenty Four respectively .

He however explained that the  Audit work experience professional and  professionalism is the main duties  of an Auditor.