Home » News » NEWS:Adamawa State Energy Development Agency is to be Established in the State.

NEWS:Adamawa State Energy Development Agency is to be Established in the State. 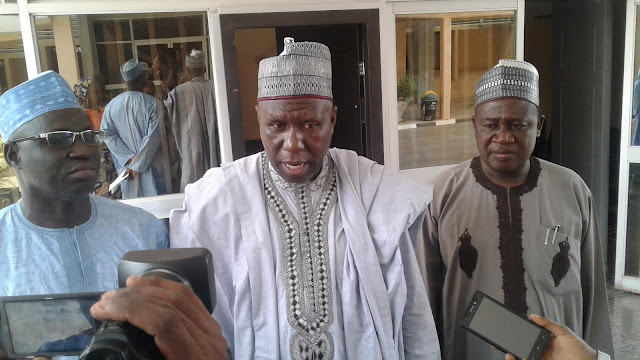 The Adamawa state Executive Council has approved  for the  Establishment of the state Energy  Development Agency  with  five Departments  under it.

The  Honourable Commissioner Ministry of Information and Strategy Comrade Ahmad Ibrahim Sajoh along side Honourable Commissioners of Education  Hon.  Julius Kadala and that of  Housing and Urban development Engr.  Abubakar Magaji briefed Journalists at the end of the weekly  state Executive  Council Meeting presided over by the Deputy Governor Engr.Martins Babale held at Council Chambers of the Government House Yola.

According to Sajoh, the  Energy Development Agency will  partner with  other Energy and  Power Agencies in the state especially Ministry of  Power and Steel, stressing that  with the creation of the agency,  Adamawa state  will benefit alot in terms of energy  sourcing and  utilisation by the people of  the state, pointing out that it will also  fast track and conduct  the activities of power supply in the state.

The Council also  reviewed the  official  visit  of President Muhammadu Buhari and  the first ever Anti Corruption Summit held in the state.

While  commending the Adamawa citizens  for their support and cooperation  given to the  government  for the  successful  visit  and the Summit, Sajoh  explained that Adamawa  has adjudged  as Anti Corruption  Government in the  Federation.

He  said that forms were distributed and screening of the  beneficiaries  was also conducted for the Health  status of the  contractors who will provide food for the students  across the state,as the programme commences next term.

He also said that the  present government  had earlier  declared  state of emergency on Education sector as well as  provided  educational  materials  to all the schools in Adamawa state.

The Information Commissioner  explained that the EXCO also  granted in audience the Executive  Country  Director and Officials  of  USAID who briefed  members of the  Council on the activities of  USAID in Adamawa state.

Members of the state Executive Council had earlier  observed  One minute  silence in honour of the  former Military  Administrator  of Adamawa state  Navy Captain  Kalu Ogomah  who pass away  recently.