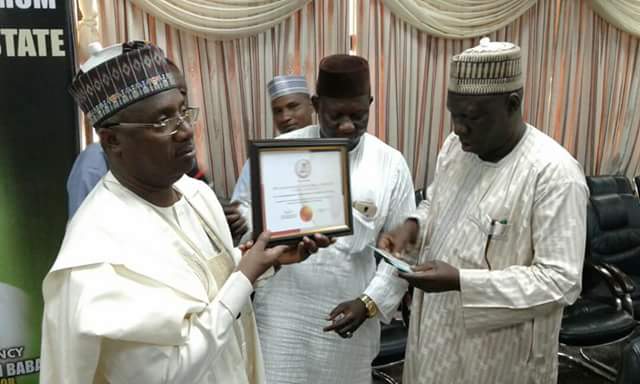 In Recognition of his  developmental strides in Adamawa state, Governor Muhammed  Umar Jibrilla  has  bagged  another  Award  of Excellence  from DAAR  COMMUNICATIONS. 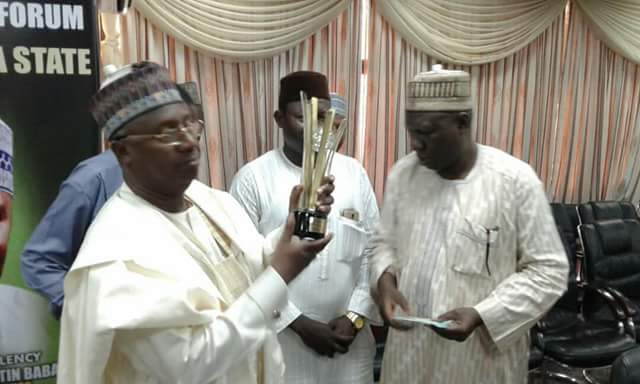 While  presenting the Award to the  Governor  during the  State Executive Council Meeting, The Honourable Commissioner Ministry of Information and Strategy,  Comrade Ahmad Ibrahim Sajoh who earlier  received the  award  on behalf of the awardee said the award  was in recognition of the  marvellous performance of Governor Muhammed Umar Jibrilla  to the people of Adamawa state.