About  Five Thousand  Bomb  Detective Devices will be  provided by the  Adamawa State Government and distributed to the  places  of worship and markets in the state.
Governor Muhammad Umar Jibrilla  stated this when he  led a  delegation of members of the state Executive Council to condoled  and  sympathised with the Emir and people of  Mubi Emirate over the recent Twin Bomb attacks at  Kasuwan Gwanjo in Mubi Town.

The Governor explained that  community policing became  necessary as places of worship and markets have become  soft targets by the bombers, and called for vigilance on the  part of the  people to compliment efforts by security agents  and  described  the act as unacceptable and  barbaric and prayed for the soul of those killed .

While  responding, the Emir  of Mubi  His  Royal Highness  Alhaji  Abubakar Isa Ahmadu Appreciated the Governor  for condolling  sympathising with the  people of  his domain  over the  unfortunate  incident.

The  Royal Father had assured  the Governor  that efforts  will be  intensified to ensure that  similar incident does not happen again  in the area.

Governor Muhammad Umar Jibrilla  also  visited Mubi General  Hospital  where  he appreciated the efforts of the management of the Hospital and  expressed  optimism that the  remaining Victims would be given all the necessary  medical attention by the  Government.

While  conducting the Governor round the hospital, the Principal  Medical  Officer  Dr  Ezra Sakawa informed the Governor  that Twenty -Nine of the Victims died, while Fifty-six others are  critically  injured and are receiving medical attention at the  hospital out of which Twenty -Seven were  so far discharge.

According to the Principal  medical  officer,  Thirteen of the  Victims  have been referred to the  Federal Medical Centre,  Yola who have various  degrees of injuries. He also appreciated the efforts of the voluntary groups  and other  Non Governmental Organisations such as International  Red Cross Committee and UNICEF for their prompt response to the  Victims, and solicited government intervention to improve on potable drinking water at the  Hospital.

Presenting the  items, the state Coordinator of NEMA Imam Abani  Garki who represented the  Director General  Mustapha  Maiha  said the donation of the  Drugs is to support the Victims of the blast as directed by the  office the  Vice-president . 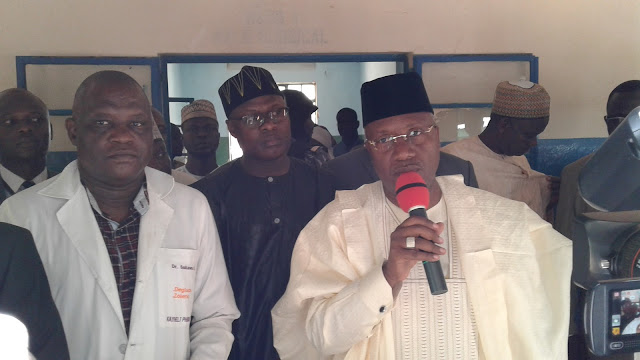 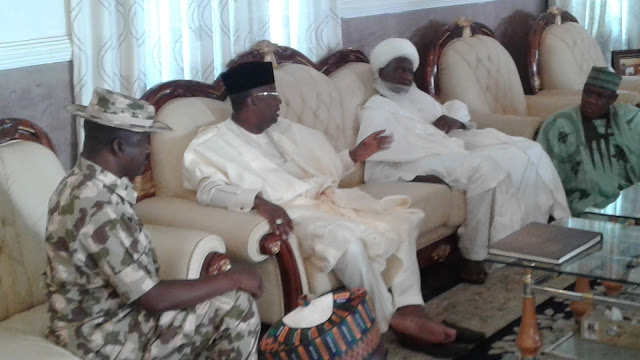