Governor Muhammad Umar Jibrilla has condemned the recent Twin Bomb blast that occurred  at Kasuwan Gwanjo in Mubi and described it as a  barbaric not Satanic act.
the Governor made the condemnation while sympathising with the victims of the blast who were receiving treatment  at the Federal  Medical Centre Yola.

Governor Muhammad Jibrilla appealed to the  general public to assist by donating  blood to the Victims in order to save lives of the  injured ones. He also  called  on the public to be  security  conscious  and to report  any suspicious  objects or persons to the security  agents  so as to avert future  occurrence.

On the other hand, he appreciated the efforts of the management of the  Federal Medical Centre Yola and other voluntary  organisations  such as Red Cross for their concerns and Selfless Service to humanity.

While  conducting the Governor  round, the  Chief Medical  Director,   Professor  Awwal  Muhammad  informed  the Governor that the centre received Nine Victims with various degrees of injuries and were admitted and currently  receiving  medical attention. He in return  appreciated the state  Government's  efforts in assisting the  Centre . 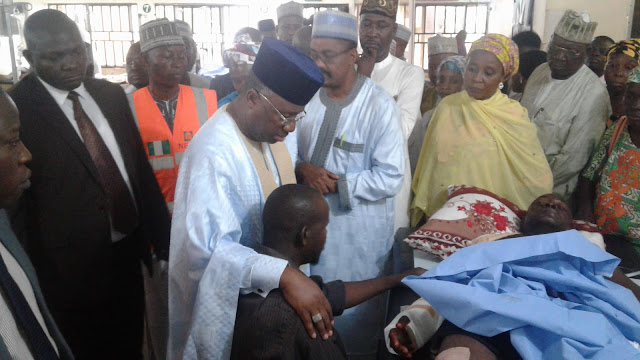 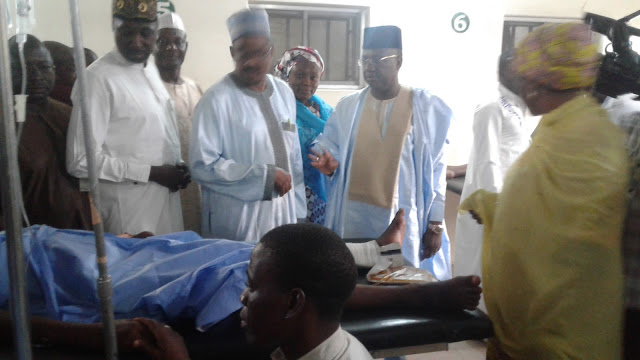