Hajj Fare – 2018 Hajj fare goes down a little this year compared to what has been anticipated. The Hajj fare either going to be equal or less than 2017 Hajj rate. Therefore we advise all our intending pilgrims to come and make their payment before the closing date as it is yet to be given by National Hajj Commission of Nigeria, (NAHCON). Intending pilgrims are advise to submit their E-passport, Passport Photographs and registration Forms to their schedule officers as soon as they start the payment for 2018 Hajj.

In addition to that, with the E-tract system the visa’s for intending pilgrims are expected to be printed here in Adamawa, instead of going to Kano for collecting visa’s.

Issue of Lassa Fever- some rumors were going round that Saudi Authorities may prevent Nigerians for 2018 Hajj exercise due to outbreak of lassa fever. The heath authorities has dismiss the rumors and made several investigations that it is only one confirmed case of lassa fever in Federal Medical Center, (FMC) Yola .

Hajj camp- Adamawa state has allocated a land for building the permanent Hajj camp which has been handed over to the National Hajj commission Nigeria (NAHCON) for project to commence.

NIMC No.- All intending pilgrims must register with the National Identity Management Commission (NIMC) to obtain a number before filling the registration forms for 2018 Hajj.
Prepared by:- 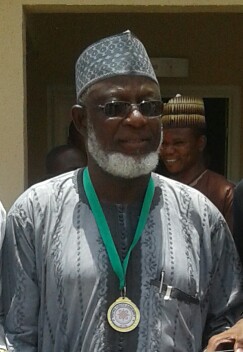