FCT Permanent Secretary, Sir Chinyeaka Ohaa made the disclosure  in his office at Area 11,Garki,Abuja at the sign off ceremony  on the resolution of 2004 FCDA retirees matter while receiving the retirees on behalf of the FCT Minister,Malam Muhammad Musa  Bello.

According to the Permanent Secretary, the entitlements of the 75 beneficiaries would be paid directly into their accounts within two weeks.

The resolution of the matter, which had been a subject of litigation, had been stalled for fourteen years running, causing the affected officers all forms of hardship. However, in keeping with the commitments of the present administration to the Rule of Law, the matter would be laid to rest, through the Alternative Dispute Resolution (ADR) window, to the joy of the affected officers and their families.

Sir Ohaa further explained that the Minister has graciously decided to give succour to the affected staff by applying human face to the issue.

He said: “The minister has graciously agreed to bring your challenges to an end, by giving human face to your issue.”

Earlier, the Chairman of the 2004 retirees, Engr. Audu Umar explained that the sign off ceremony is an indication that the present leadership of the FCT Administration is indeed different and poised to address issues bothering on staff welfare. He appealed to the Minister to grant long service award to the affected  staff in view of their meritorious service to the nation.

Delivering a vote of thanks on behalf of the beneficiaries, Hajiya Hassana Ibrahim thanked the Minister, the Permanent Secretary and the entire management staff of the FCT Administration for taking the bold step to ameliorate their plights by approving the payment without further delay. 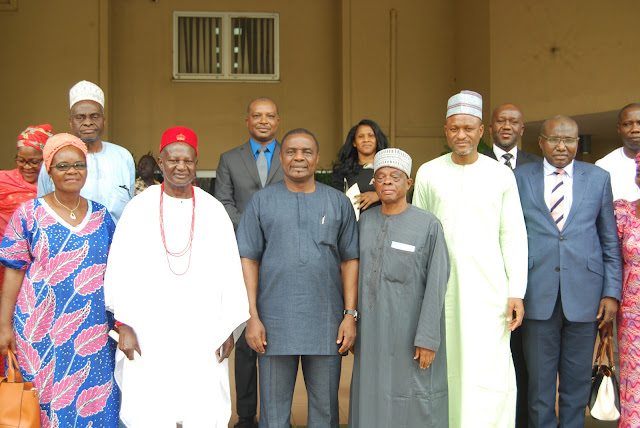