The Adamawa State Government has received information to the effect that a twin bomb blast had occurred in Mubi by 12:55pm and 12:59pm at a place known as Kasuwan Gwanjo or Second Hand Cloths Market on Tuesday 1st May 2018. The Sad Occurrence took place at the market area and a Mosque within the vicinity of the market. As at 3:30pm hospital sources had confirmed that 27 fatalities were recorded while 56 others are on admission with various degrees of injuries.

While condemning the satanic, cowardly and dastardly, act His Excellency Sen. Muhammed Umar Jibrilla Bindow the Executive Governor of Adamawa State had ordered the immediate provision of Medical supplies and mobilization of Medical Officers to the General Hospital in Mubi. In addition, the Adamawa State Emergency Management Agency (ADSEMA) had been ordered to supply food and non-food items to the General Hospital in Mubi to carter for victims and victims’ relations.

His Excellency Governor Muhammed Umar Jibrilla Bindow commensurate with the families of the victims of the bomb blast and promises free medical care to all injured victims including the prompt evacuation of those requiring referral services at Tertiary Hospitals in Yola. The Governor equally appeals to the people of Mubi and environs to urgently donate blood in order to save the injured. He also calls on Security Agencies to be extra vigilant at this point in time in order to mitigate another occurrence.

Adamawa State Government reiterate its commitment to the protection of lives and properties of all citizens living in Adamawa State and that everything possible will be done to support the security agencies in the task of restoring peace and normalcy in Adamawa state. The Government also calls for calm and resilience by the cities.

Min. of Information and Strategy 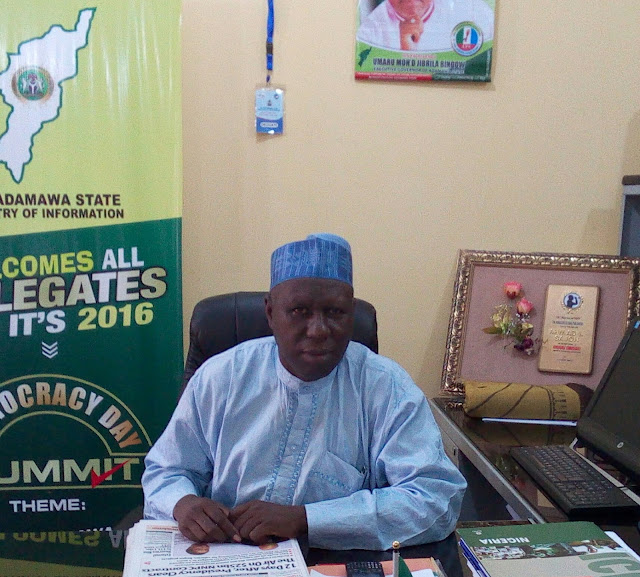