Workers in Adamawa State celebrated this year’s Workers Day with a call on government to improve the condition of state-owned media organisations to enable them function optimally .

The state Chairman of Nigeria Labour Congress-NLC, Comrade Dauda Maina, who spoke at the 2018 Workers day celebration held at Mahmud Ribadu Square in Yola, explained that the running costs of media organisations and other government agencies, “is a hindrance to a maximal contribution to the overall development of the state”.

The labour leader said other sectors of the union which include health workers and the education sector have been heavily tasked as their demands, based on earlier agreement, has not been fully metted.

He however commended the state government for the developmental strides recorded, especially in infrastructure development.

He assured government of unwevering support by Adamawa state workers.

In his remark, Governor of Adamawa State, Sen Mohammed Umar Jibrilla, assured the workers of state government’s commitment to the settlement of arrears as well as promotion and payment of salaries of workers as and when due.

The Governor explained that government has been able to establish unity and stability among workers in the state with zero tolerance to corruption. 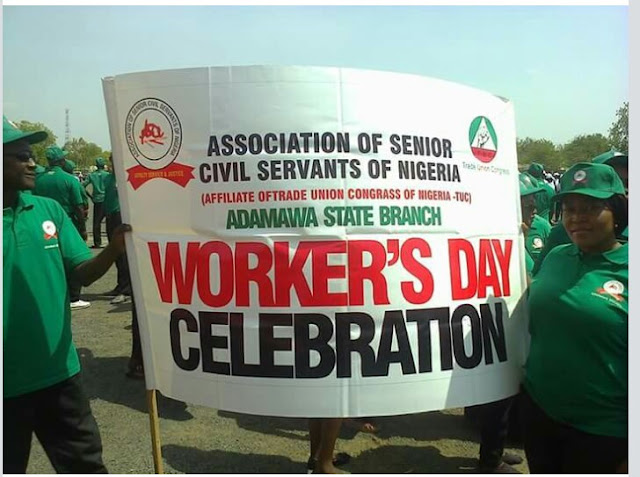