Adamawa State Muslims Pilgrims Board Management was at the office  the Amirul Hajj who is the Hon.  Speaker Adamawa State House of Assembly Hon.  Kabiru Mijinyawa in respect of the promise he made to one Mallam Yunusa Idi from Yola North Local Government Area who was not able to perform the 2017 Hajj as a result of his ill health.

Mallam Yunusa Idi was among those that travelled to Saudi Arabia last year,  got sick and was admitted into Intensive Care Unit in one of the hospitals at Medina,  and was not discharged until the Hajj exercise was over.

The Amirul Hajj of 2017 Hajj exercise made the promise to the Pilgrim that he will be given a seat to perform 2018 Hajj exercise by the Grace of God.

Today,  he fulfilled the promise. Yunusa Idi has received a free of charge seat to enable him perform the 2018 Hajj exercise from the State Government. 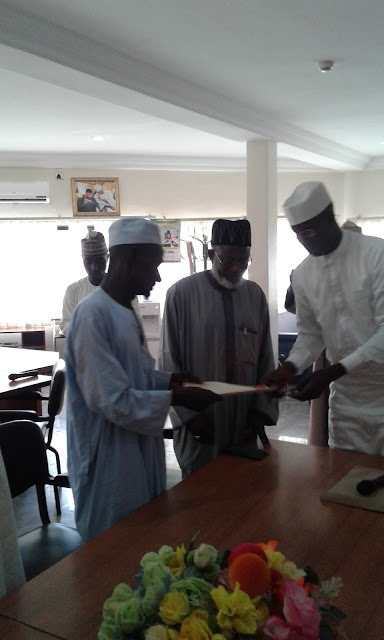 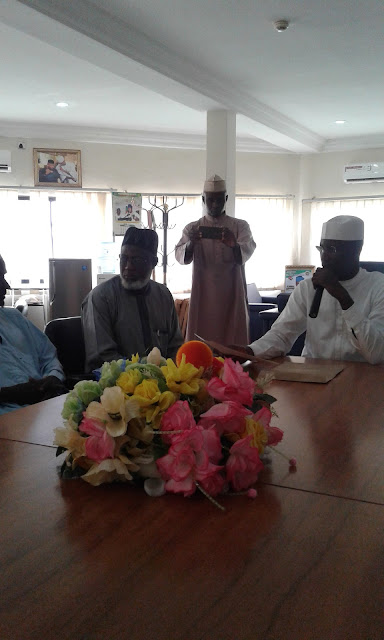