Home » News » NEWS: Gov. Bindow Appeals to the Public to be at Peace with One Another

NEWS: Gov. Bindow Appeals to the Public to be at Peace with One Another

Governor Muhammad Umar Jibrilla has  appealed to the people of Adamawa State  to live in peace and harmony with one another. The Governor made the appeal  while  addressing  Journalists  on the outcome of the  25th  state  Executive Council  Meeting presided over by the Governor at the Councils chambers of the Government House Yola.

Governor Muhammad Jibrilla also called on the citizens of the state  to remain calm as Government is doing everything  possible to resolve the issue of Herders / Farmers Conflicts across the state. On the other hand, he  commended the  Security Agents for  their efforts in maintaining peace  in the state.

The  EXCO also deliberated  and discussed on the provision of  portable drinking Water as well as  for the provision of farming  imputs to farmers  in addition to government  policies and  programmes.

On the Health sector, the Honourable Commissioner Ministry of Health Dr  Fatima Atiku Abubakar  explained that the State will benefit from the  Federal Government's grant of  One point  Five  Million  Dollars Health  policy  interventions  as the  state  Government  came second  in the implementation of Primary  Health  Care  programmes. 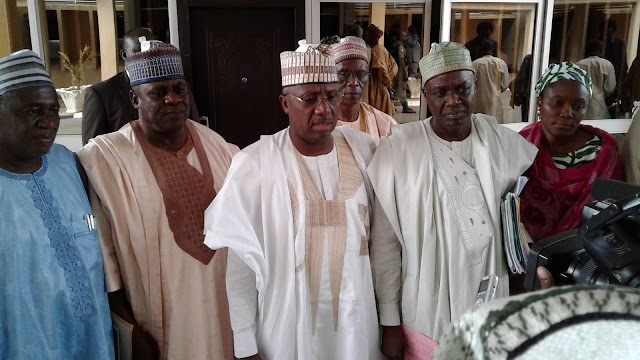