Japanese Government in collaboration with United Nations Development Program, UNDP has donated Agricultural imputs as well as solar lanterns worth millions of naira to two hundred and forty households in Adamawa state.

Speaking during a distribution of some of the items in Loko in Song Local Government Area, Ambassador of Japan to Nigeria, Yutaka Kikuta explained that the donation is part of efforts made to stabilise One Point Seven Million people earlier displaced in the  North East by insurgency.

The Ambassador said the intervention, which is in collaboration with UNDP is inline with Sustainable Development Goals.

In her remarks, Deputy Country Director of UNDP, Betty Wabunoha said Seventeen Million Dollars have been set aside for the intervention as Nine Thousand household in Adamawa, Borno and Yobe states would benefit from the intervention. She pointed out that in Adamawa state, part of the intervention include; rehabilitation of Schools and provision of Boreholes in Gombi, Mubi and Maiha Local Government Areas.

Responding, Governor Muhammad Umaru Jibrilla, represented by the  Honourable  Commissioner Ministry of Information and Strategy, Comrade Ahmad Ibrahim Sajoh appreciated the geature by the Japanese Government and stressed that Government is concern with the poverty level of the people as well as the task of rebuilding communities ravaged by insurgency in the northern Adamawa as well as farmers /Herders crisis in Some parts  of Adamawa State .

Comrade Ahmad Sajoh therefore solicited collaboration that will help restore normalcy and engage the youths meaningfully for peace and Development.
In their goodwill messages ,The Commissioners of Agriculture,Dr , Waziri Haruna Ahmadu,Youths and Sports, Barrister Suleiman Aliyu Zumo and District Head of Song  Alhaji Saidu Ahmadu thanked the Japanese Government as well as UNDP and urged the people to make good use of the items donated.

The District Head of Song particularly told the Japanese Ambassador that people of Song would bestow on him a traditional title pending the authorization from the Emirate council as a mark of appreciation.

One of the beneficiaries, Haruna Ali assured that the items would assist them greatly.
The  Japanese  Ambassador had also  paid a courtesy visit on Governor Muhammad Umar Jibrilla at Government House where he intimated the Governor  the humanitarian assistance by the  Japanese Government  in assisting  other communities in Adamawa State.

While  responding, Governor Muhammad Jibrilla had thanked the Japanese  Government  for considering  Loko  Community of Adamawa State for the  humanitarian  intervention, assuring that  Government is strategising  in tackling the  issue of  insurgency in the state in order to  attract investors to Adamawa State. 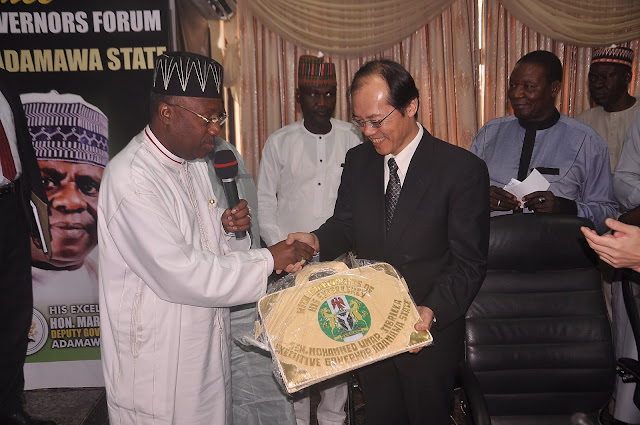 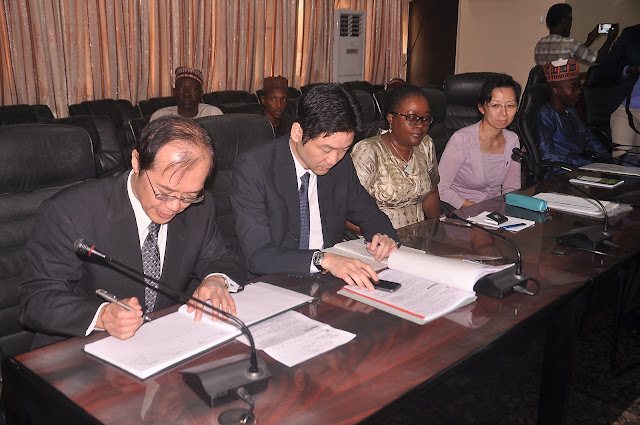 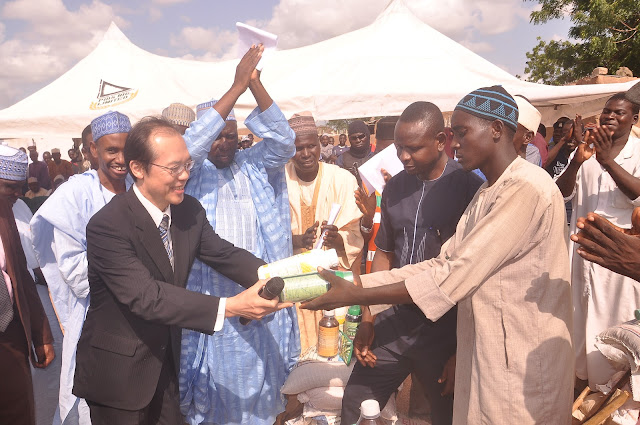