The ceremony was precided over by His Excellency,  the Executive Governor of the State Senator, Mohammed Umaru Jibrilla at the Council Chamber of the Government House ,Yola. The Governor  urged them to give consideration to oath taken and remain accountable. He said power belongs to God and urged them to remain loyal to people of the state.

Again, he used the opportunity to appeal to the newly sworn in Permanent Secretaries to be agents of peace, which is essential for growth and development and that crisis are perpetrated by detractors and assured that his administration will continue to provide development while peace and security is been restored.

Presenting the Permanent Secretaries to be sworn in, Head of Service, Dr. Louis Solomon Mandama said their appointment was based on merit.

Responding on behalf of sworn in Permanent Secretaries, Alhaji Musa Ahmed Gaude said they are mindful of the oath taken and assured that they will work to compliment the State Government's effort aimed at enhancing development.

The oath of office was administered by Permanent Secretary, Ministry of Justice, Barrister Suleiman Mohammed. 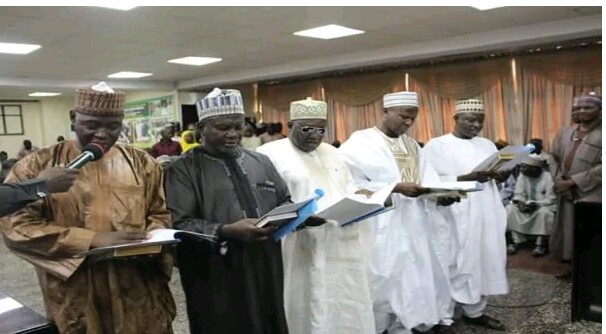