Home » News » NEWS: P.P.Power Meets with Staff of the Commission.

NEWS: P.P.Power Meets with Staff of the Commission.

The Chairman Local Government Service Commission Dr. P.P Power  holds Second Quarter meeting in the year 2018 at his office.  He in his opening remark, he welcomed the Board Members and Staff of the Commission for yet another gathering and appreciated their efforts in their places of duties, " even though we still have to correct some lapses for a better performance", he added.

He said that during the first quarter meeting, some issues were pointed out by each  of the Departments, " we've heard you people, have taken corrections and put things in order, also, we the management are really proud of your recent behaviours, efforts towards rendering your services to Government". Piton urged the staff to continue with the good relationship.

Similarly, he said that the quarterly meetings were set up in order to enable both Staff and management of the Commission to assess themselves. He thanked the general Staff of the Commission for the Award he received recently in Abuja as the Best Chairman of Local Government Service Commission in the country by the National Association of Local Government in Nigeria (ALGON). He dedicated the award to the the State Governor, His Excellency, Senator Mohammad Umaru Jibrila Bindow.

More so, he thanked the Governor, and the entire Staff of the Commission  for the support and assistance given to him." The integrity, and honesty of the award lays with you people ". Lastly,  he appreciated their efforts saying " I couldn't have made it without your support, let's keep the good work ", he concluded.

However, the Commissioner 1 of the Commission, Alhaji Kolere also appreciated the efforts of the Staff. He said "it's really a team work and we can still do better for more to come if we wish to. I am really impressed with the changes among us let's continue working together just as the way we have sweared to discharge our civil duties for the betterment of the Government" Aminu concluded.

On the other hand, the Permanent Secretary, Umaru Bajam also commended the staff for their general support, he called on them to keep it up for good record in service.

The Deputy Permanent Secretary, Mr Clement Darki who spoke on behalf of the staff, said " I am really happy with what I saw on ground since this Second Quarter of the year 2018, and what has been done and discussed. On the issue of enrolling the daily pay staff in to the Civil Service,  we will try our best if given the the permission from the Governor's office. I will be the most happiest person but only to those who are capable.

He said I will keep monitoring my staff for better services. 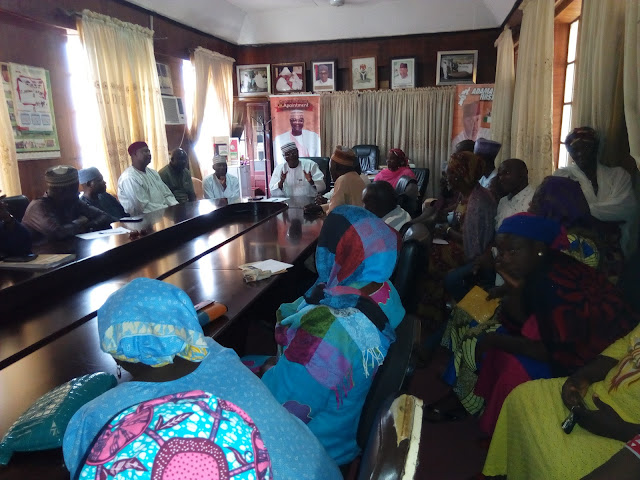 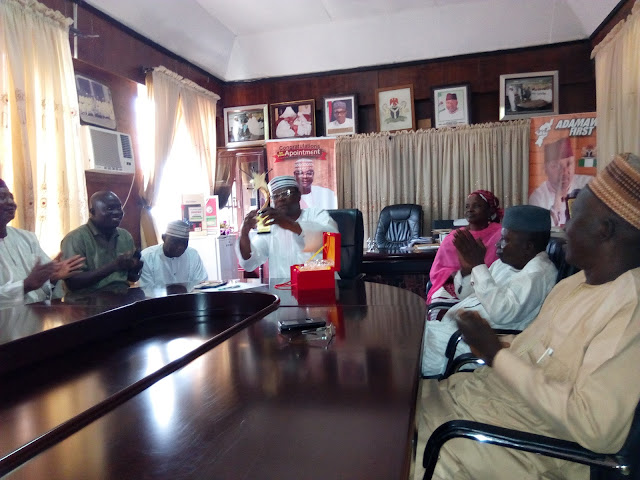