Search for Common Ground  organized a three days training for electronic media practitioners on gender sensitive reporting in gombe on 27 to 29 August 2018 which constitute of 35 journalists across the northeast include Abuja and plateau on WPS project promoting women engagement in peace and security in northern Nigeria, Implementing by UN women funded by EU European Union. The training is to enhance good practice in their reportage and to differentiate between gender and sex.

The goal is to create a conducive play ground and deepen understanding on UNSCR 1325 Resolution, National Action Plan, State Action Plan and Local Action Plan working with orther Agencies such as UN Women, IPC, WANEP, UNICEF and the Federal Ministry of Women Affairs and Social Developments.

The institutional framework on conflict resolution provides role for the Media Practitioners in Nigeria on how to tackle Violence Extremism and how to sustain the project after the UN Women and Search for Common Ground are gone.

With the dynamic nature of conflict all over the world and the seamless barriers that emerge continuously, it is imperative for the Journalist's knowledge base to be expanded so as to help ensure that there are practitioners at thematic gender points with the requisite professional capacity to be brought as strategic partners to achieve this goal of mainstreaming. The theory of change is that the ability to make informed (gender) decisions strengthens societies and fosters economic growth, democratic structures and the positive outlook on the future. For this very reason, the United Nations Millennium Declaration stressed the need “to ensure the freedom of the Media to perform their essential role and the right of the public to have access to information.’’

There is widespread concern that progress made at the normative and policy levels has not been translated into significant improvements in the lives of women and girls in conflict and post-conflict countries. Nigeria is no exception to this, given the incessant violent conflict and high level of insecurity that has over the years reverberated in various part of the country. Women and children bear most of the brunt of these crisis, yet are often excluded in political activity, peace building and conflict resolution processes. All these have serious political considerations of which women are seldom factored.

Therefore, there is need to strengthen women’s leadership in politics, advance gender equality and improve protection for women and children in conflict settings using a key stakeholder –the mass media and their power to bring out strategic behavioural change.

1) Strengthen women’s role in political activism, conflict prevention, peace-making and peace building; 2) Mitigate the impact of conflict upon women and girls (including Gender-Based Violence); and 3) Enhance a conducive environment for the implementation and monitoring of gender equality commitments in the country.

"The Media Network as conceived was set up at the inaugural training of Media Practitioners conducted. The main aim is to form a crop of Specialised Journalists in Peace and Gender that can be relied upon to expand the agenda of promoting at all levels, using variety of platforms and strategies. The engagement of the Mass Media should be effectively used to women’s leadership in politics, advance gender equality and improve protection for women and children in conflict settings and Gender and Equal Opportunities, amongst other related issues in targeted areas and more broadly. Selected Media Practitioners should be trained on Gender Sensitive reporting, with networks established" says Mr Zubaru jide attah Board Member Media Network.

One of the participants at the Training ground Haruna Dauda Biyu Correspondent Reporter of V.O.A at Borno  says " I've learned a lot particularly on Gender issues, I personally i used to think that it's just a mere saying or propagander from an international organization, but I got to know that it's a very serious issue that needs to be tackled and promoted by Journalists who are reporting issues that has do with women I equally learned that Women are agents of peace"

The training is expected to result in increased coverage of issues in local newspapers as well as increased publication on social media platforms. The successes of the intervention programme need to be publicised adequately. In the backdrop of issues competing for space in the Mass Media, it is important for Journalists to understand the role of and how to utilise the opportunities in this emerging space of social media, which is rapidly mutating. For this reason, it is imperative to have training in order to enhance the capacity of the Media Network to further increase the effective visibility of interventions.

Additionally, the members of the Media Network will have stronger understanding of means on how they could support programme objectives. 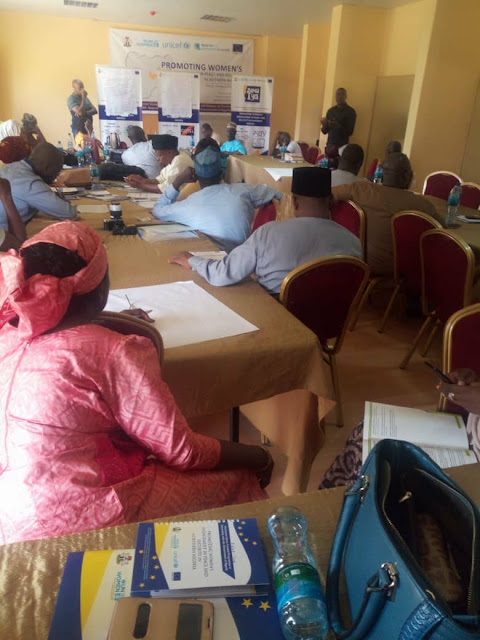 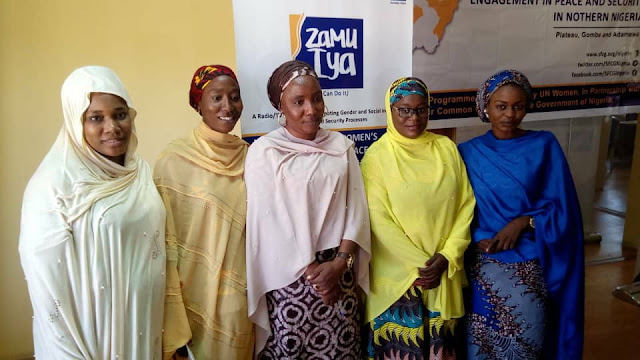 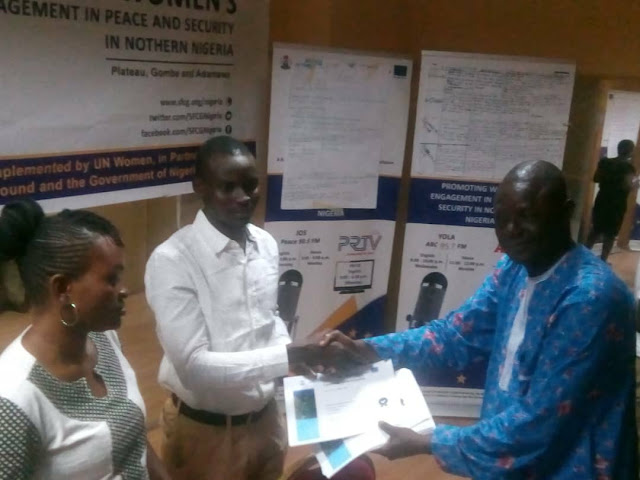